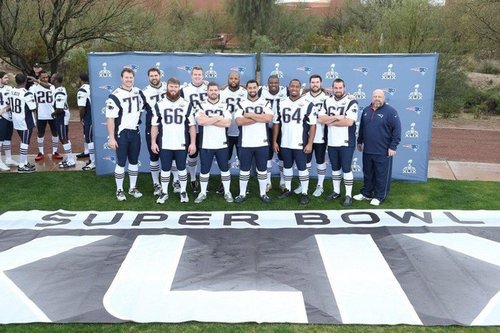 In the Obama Economy, one of the few growth industries is locating a niche as an expert in some industry or sector of pop culture and then holding forth on why it is racist.  Dave Zirin of The Nation is an old hand at this, telling Americans why they are racist and describing why they should feel guilty about watching the game.  Before the Super Bowl, Zirin urged the nation to root for the Seattle Seahawks because,

This is a team that has had players speak out for the Black Lives Matter movement and a team that has felt no compunction against calling out a commissioner in Roger Goodell who cares more about public relations than the players and the families of players that the league employs...we should want the people who hold that platform [as professional athletes]  to be the most conscious possible participants in this discussion. This is reason enough, if you aren’t from the Maine-to-Connecticut-corridor, to pull for the Seattle Seahawks.

The Daily Caller's January 31st summary of this story was entitled, "If You Want The Patriots To Win the Super Bowl, You're Racist." Of course, only a few months ago the Patriots did have an embarrassing incident when a social networking contest ended up in a racial slur being tweeted out to a million people.  [New England Patriots apologize for tweeting to user with racist name, Russia Today, November 14, 2014]

Well, looks like the racists won again.  The New England Patriots, a team Paul Kersey called "White America's Team" in 2012, won the Super Bowl by a score of 28-24.  According to an unofficial census, the Patriots have 20 white players (making them one of the whitest teams in the league) while the Seahawks had only 13.  [The Unofficial 2014 NFL Player Census, by Andrew Powell-Morse, BestTicketsBlog, September 23, 2014]

For a another opinion on America's secular Holy Day, check out Jared Taylor of American Renaissance and his January 31 article in the American Thinker, "Why I Hate the Super Bowl."