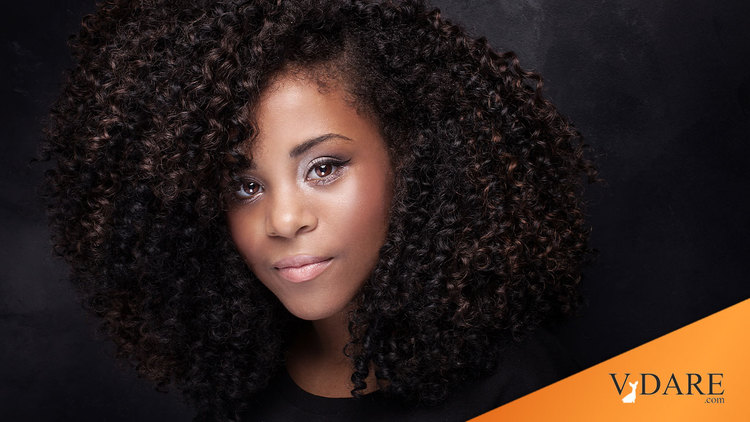 Race Does Not Exist, But Black Hair Awareness Is The Great Issue Of Our Era

Nicole Pyles, 16, of Durham, N.C., says that a rule banning the use of hair beads by student athletes is discriminatory.

A North Carolina high school softball player says she wants to end rules that discriminate against Black student athletes after being forced to cut her hair beads during a game last month. https://t.co/4crjVrHmh8

A North Carolina high school softball player says she wants to end rules that discriminate against Black student athletes after being forced to cut her hair beads during a game last month.

The player, Nicole Pyles, 16, was competing in a game on April 19 at Hillside High School in Durham, N.C., against Jordan High School, according to Durham Public Schools.

Nicole said that her team was winning at the top of the second inning when an umpire told her coach that her hairstyle covered the number six on her jersey, according to an interview she did this week with the Southern Coalition for Social Justice, which is representing her.

The teenager said that she had worn the same style — box braids with clear beads on the end, popular among Black women — in five previous games without any complaints from the opposing team or officials, according to the Southern Coalition for Social Justice. Her hair reached just past her shoulder blades.

Nicole, a sophomore, said that she had tried to tuck hair inside her shirt but was then told by an umpire that doing so was not good enough.

“That’s when the ump had basically said to my coach that either I take the beads out or I can’t play,” she said in the interview. “This is the second inning going on the third, and my beads are now a problem?”

To stay in the game, Nicole cut her beads and braids with the help from teammates.

“I felt embarrassed and I most definitely felt disrespected,” she said. “I just felt like the world was just staring at me. Why me? Why anybody for that fact?”

Her father, Julius Pyles, said in the video that he felt his daughter had been discriminated against and that she and the whole team “should have been protected.”

“Fix the policies for the Black children so they won’t be discriminated against,” he added.

Mr. Pyles and Nicole said they wanted an apology from the high school softball coaches, the two umpires from the game and the National Federation of State High School Associations, according to the Southern Coalition for Social Justice, which is asking the national athletic association “to pass policies that eradicate all forms of anti-Black biases in schools.” The nonprofit said it defends and advances communities of color and economically disadvantaged communities in the South.

In a statement, the North Carolina High School Athletic Association defended the action taken by the umpire, saying that it followed a rule from the National Federation of State High School Associations, which provides uniform playing rules nationally.

The state athletic association cited softball rule 3-2-5, “which states that ‘plastic visors, bandannas and hair beads are prohibited,’” Que Tucker, commissioner of the North Carolina High School Athletic Association, said in the statement. Players are allowed to use bobby pins, barrettes and hair clips, according to the association.

“This is not a new rule, and when the violation was noticed by an umpire, the proper determination of illegal equipment was verified as supported by N.F.H.S. rule,’’ she said.

The article goes on for sometime after that on all the no-doubt fascinating aspects of this story, but just remember, people, race doesn’t exist, but black hair is the greatest issue of our age.