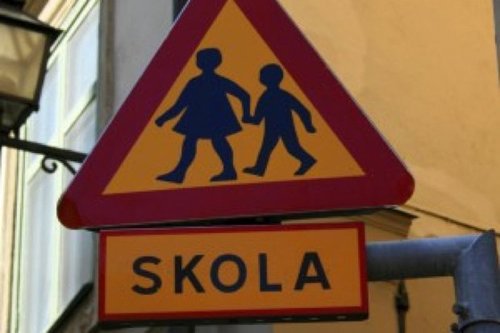 Q: Why Are Sweden's PISA Test Scores Falling? A: Immigration!

Sweden’s education performance has faltered in the past decades, with scores tumbling in the OECD’s international Pisa survey since the early 2000s. Both the Guardian and the BBC have recently looked into this phenomenon.

I’m a fan of the giant international PISA tests, but I’m not a huge fan of trusting minor differences between countries or differences over time in one country to support whatever your favorite theory might be. What goes into influencing PISA scores is extremely complicated and murky, and I’m far from convinced that things as ephemeral as, say, how big of a pep rally they hold for the students taking the test don’t matter.

There’s no shortage of explanations for the poor results, but British enemies of school reform have latched on to one of them: the free schools reform of the early 1990s, which they claim sent the system into chaos.

You’ll notice how the naysayers never give any evidence to back up their claims. …

Why, then, are Swedish schools struggling? There are many hypotheses floating around, some more plausible than others. Yet there has been no hard evidence for any of them. Until now.

On the other hand, there are often ways to perform all-else-being-equal analyses on PISA scores. For example, I’ve long pointed out that although America’s PISA scores are notoriously mediocre overall, on a race-by-race basis they’re closer to Not Bad.

Similarly, the PISA tests break out the scores of first and second generation immigrants, allowing the following type of quite legitimate analysis to be done:

These are strong effects. In fact, the change in pupil demographics is the only factor that we know for sure has contributed to Sweden’s falling scores. Furthermore, the full impact is probably somewhat larger. This is because immigration may also have lowered performance among pupils with a Swedish background, for instance through the redistribution of resources to immigrant pupils. While this is a more difficult subject to study, the most relevant paper suggests modest negative effects in this respect. It’s therefore probable that the total impact of changed pupil composition is higher than reported here.

Even with this effect included, immigration is nevertheless unlikely to be the only reason behind Sweden’s falling educational performance. While the left’s arguments have been debunked, there are more plausible explanations, explored elsewhere by myself and my colleague Dr Tino Sanandaji. In short: the rise of an overly progressive educational culture is likely to be an important culprit. Incidentally, as my recent monograph shows, this is also relevant for understanding declining Pisa scores in Finland, the longstanding pin-up model of school choice and accountability critics.