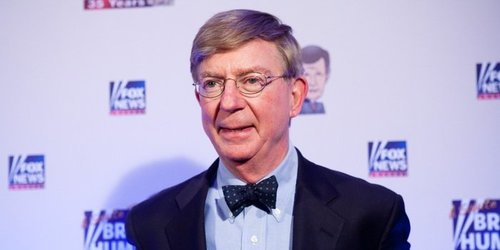 George Will In NRO: Trump An Affront To WFB's Memory—That's A Feature, Not A Bug!

This George Will in National Review Online.(It's his syndicated column, but they're promoting it.)

Trump is an affront to anyone devoted to @BillBuckleyNR's memory. http://t.co/6XA4he8ctr

Some replies I saw on Twitter referenced cuckservatism and suggested that some people might prefer to honor the legacies of Sam Francis and Enoch Powell.

But here's what Will says Trump is an affront to:

anyone devoted to the project William F. Buckley began six decades ago with the founding in 1955 of National Review — making conservatism intellectually respectable and politically palatable. Buckley’s legacy is being betrayed by invertebrate conservatives now saying that although Trump “goes too far,” he has “tapped into something,” and therefore . . .

Well, that's the problem right there, isn't it? What he's saying, in effect, is that Buckley was the founder of cuckservatism.

Will identifies two earlier candidates who tapped into something and were evil.

The other is Dixiecrat Strom Thurmond, who opposed Harry Truman's early "Civil Rights" efforts. Wallace's pro-Communism was a failure, but Thurmond's Southern resistance to the Democratic "Civil Rights"  was of massive electoral importance. As a result of that, Thurmond—and the entire South—changed political allegiance from Democratic to Republican.

Maybe the Trump Insurgency presages a similar shift—whether Will likes it or not.