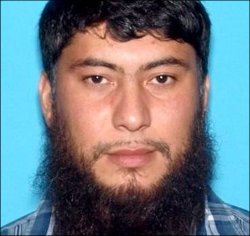 Idaho was such a boring, white bread state with no culture. It needed vibrant refugees to spice things up.

A federal jury in Idaho has convicted an Uzbek refugee of three terrorism-related charges after prosecutors said he worked to support a terrorist organization and gathered explosive materials in his Boise apartment.

Fazliddin Kurbanov, a Russian-speaking truck driver who fled Uzbekistan in 2009, was arrested two years ago by federal authorities who said he was determined to carry out an attack on U.S. soil. Prosecutors also said he tried to provide computer support and money to the Islamic Movement of Uzbekistan, which the U.S. government has identified as a terrorist organization.

Don't worry. Boise has been targeted for a new infusion of diversity.

The multicultural transformation of Idaho will continue with a planned infusion of hundreds of refugees from Muslim countries over the next one to three years.

A local newspaper in Twin Falls reported that city will receive 300 mostly Syrian refugees over the next fiscal year starting Oct. 1.

But WND has learned the numbers will be much larger statewide and include refugees from Syria, Iraq, the Democratic Republic of Congo and possibly Somalia.

Sources tell WND that community leaders learned of the plans for up to 2,000 refugees at a recent conference at Boise State University attended by church groups, social services providers and other “stakeholders.”

“That’s the number they put out that they’re planning for, a total of about 2,000 over the next one to three years, with 70 percent going to Boise and 30 percent in the Twin Falls area,” said Shahram Hadian, a former Muslim turned Christian pastor in eastern Washington who said he spoke with a conference attendee.

Lost in the debate over what to do about Islamic terrorism and the Islamic State is the simple reality that the United States is actually importing an Islamic terrorism problem. Neoconservatives used to tell us that we "have to fight them there, or we will have to fight them here." However, our current government policy is for us to bring them from over there, so they can fight us here. We don't have a "radical Islam" problem. We have an immigration problem.

Yet that problem will continue as long as we have people who benefit from the status quo, especially for financial reasons. For example, health care for the refugees will be enabled by a $1.5 million federal grant to Idaho State University's School of Nursing. [Idaho State University awarded nursing grant to help refugees, ISU Headlines, July 9, 2015]

This is a small example of how the managerial state benefits from mass immigration and drives big government. Importing a helpless population forces the government to increase expenditures to take care of these people, which creates programs to fund a new class of administrators and managers who have a stake in multiculturalism and mass immigration, which then helps generate programs and funding to propagandize the need for even more multiculturalism and mass immigration. After all, the more Muslims are imported to Idaho, the more "grants" and other taxpayer funded goodies there are to be distributed.

Of course, this also works for the private sector. Especially because of affirmative action, there is no a demand for headhunting companies to find nonwhites suitable for employment. So we get articles which say things like this:

A recent analysis of Census labor data from 1991 to 2008 by researchers at State University of New York-Buffalo found that as diversity rose one standard deviation in the workplace, wages rose 1.6 percent. A similar rise in the city as a whole increased wages nearly 6 percent. Meanwhile, a 2015 report by McKinsey & Company found that companies with more diverse workforces perform better financially.

At Upwardly Global, a national nonprofit that works to eliminate employment barriers for skilled immigrants and refugees, we have helped over 2,700 individuals move from unemployment or low-skilled jobs back into the professional workforce. Our alumni include Marwan Sweedan, who was featured in the July 11 article. Marwan’s journey from working a survival job as a hot dog vendor to being recognized by the White House for his contributions to the Boise refugee community is extraordinary, but it’s just one of the stories of resilience and determination we encounter on a daily basis.

Of course, diversity actually has quite a harmful impact both on the overall economy and on individuals. Which is why, generally speaking, it has to be forced at the point of a gun, even on those who claim to believe in it.

But again, if you have a personal stake in importing diversity and financially benefit from the result, why wouldn't you argue for more?

Nikki Cicerani is CEO of Upwardly Global, a national nonprofit organization with a mission to eliminate employment barriers for skilled immigrants and refugees, and integrate this population into the workforce. It partners with Global Talent Idaho to deliver employment readiness and placement services in the state.

Mass immigration is the classic example of "special interests" personally benefiting from a policy that is destructive to the larger community. All we can do now is wait and see what other "refugees" will be mysteriously "radicalized" and try to take their revenge on the country that sheltered them.