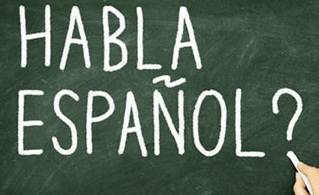 Puerto Rico Declares Spanish As Official Language—Jeb And Hillary Will Be Condemning This Shortly, Right?

The Puerto Rican Senate has approved a bill declaring Spanish as the first official language of the country, relegating English to second position, the media reported on Friday. …

In 1993, a law was passed recognising both Spanish and English official languages for the country.

Thursday’s bill proposes to establish Spanish as the first official language making its use compulsory in executive, legislative and judicial matters, and thus repeal Law 1-1993 which put both languages on an equal footing.

What’s next? Will Puerto Rico start having its own Olympic team?

Hillary is currently campaigning in Puerto Rico. Maybe somebody should ask her about this?