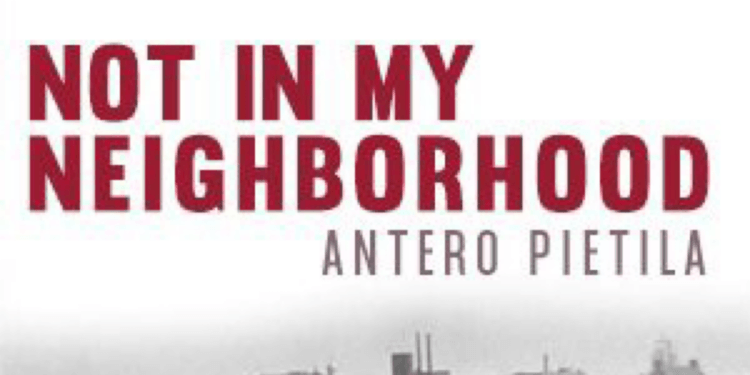 The roots of racial segregation in Baltimore

Blacks simply were not allowed to live in white neighborhoods, and when it comes to mixed blocks, it was hardly the rule of law which reigned. Blacks who moved into mixed blocks were penalized when white politicians wanted to do so. The entire regime was extreme:

Baltimore’s innovation was the use of government legislation to achieve systematic, citywide race separation. “Nothing like it can be found in any statute book or ordinance record of this country,” the New York Times wrote. “It is unique in legislation, Federal, State, or municipal — an ordinance so far-reaching in the logical sequence that must result from its enforcement that it may be said to mark a new era in social legislation.” Baltimore thus became a national leader in residential segregation.

That is from Not in My Neighborhood: How Bigotry Shaped a Great American City, by Antero Pietila. Anyone interested in the roots of current problems in Baltimore should read this book

There’s been a real upsurge in antiquarianism among liberals / progressives who are embarrassed to admit that they’ve held the whip hand on race for the last half century. So we see all these articles these days dredging up obscure 20th Century history to generate (contradictory, but who is checking?) rationalizations for why, say, Baltimore or Ferguson or wherever has high rates of black criminality, although they seldom seem to come up with counter-examples of areas where enlightened policies led to low rates of black criminality.*

But this lack of successes by liberals in their 50 years in power just proves the pervasiveness of institutional racism and white privilege.

* I’ve been trying to publicize for a number of years one historic success of white liberals — the covert “black-a-block” racial quota system that Oak Park, IL imposed on realtors, which succeeded in keeping that architectural treasure chest majority white, liberal, and (increasingly) gay — but that liberal success story has otherwise disappeared down the memory hole. Liberals like racial quotas in other areas, so why not celebrate this successful imposition of quotas?