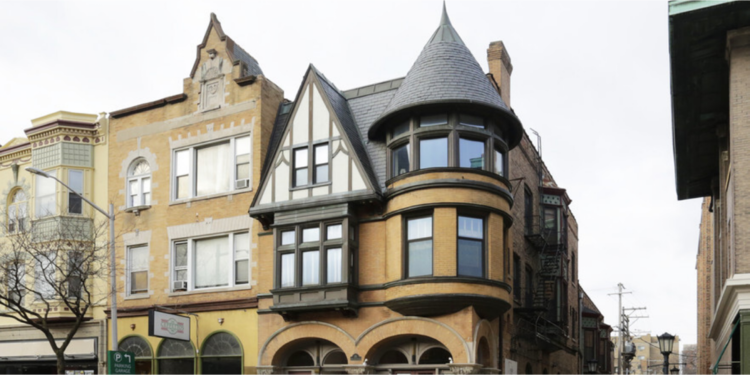 Here's an academic paper explaining the black-a-block quota successfully (if illegally) imposed by the government of liberal Oak Park, IL many decades ago to keep Ernest Hemingway's hometown on the edge of Chicago from going all black. Commenter Silver points out that you can go to this NYT map of the racial makeup of the entire country in the 2010 Census, type in Oak Park, IL and zoom in. You'll see that the east side of Austin Boulevard (Chicago), where my wife grew up, is now virtually all black, while the west side of the street (Oak Park), where my father grew up, is quite white.

It's not like there's a cliff there or something. Frank Lloyd Wright's Oak Park houses are called Prairie Style because it's dead flat.

No, it's like this because the government of Oak Park back in the 1960s passed laws to let in some respectable blacks, but definitely not too many. People in Oak Park like to celebrate this as a triumph of liberal integrationism, which I guess is one way of putting it. But mostly they don't like to talk about it. Personally, I think it's a fascinating solution that has mostly been stuffed down the memory hole.

Liberal white hypocrisy is a given. But, the techniques liberal whites (Oak Park voted for Obama 83-16) use to get what they want are well worth study by the less privileged.

By the way, here's a long review I wrote in VDARE five years ago of William Julius Wilson's book about Chicago real estate and race, There Goes the Neighborhood. Much of my output as a writer has been to integrate how everybody thinks about real estate in their personal life and how nobody thinks about policy as a public intellectual. Thus, this is one of my better efforts.