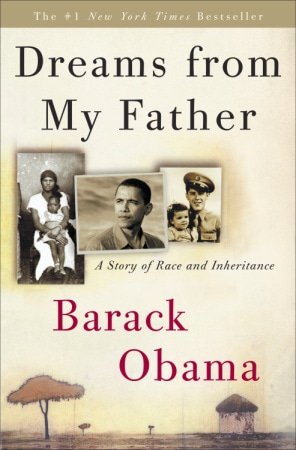 This clip of Obama using vulgar language in public is via  historian  Clayton Cramer, who writes

Here is Obama being just as vulgar...Yes he is reading from a book: his book.  The difference between a Democrat and a decent person: I would never write something that vulgar, or at least not read from it public, and especially when being recorded.  The guy's got no sense of optics.

The book, of course, is Obama's 1995 book Dreams From My Father, which Obama would have been book-touring near the beginning of his affirmative  action based political career.

“Yeah,” another guy said. “But I tell you what—you won’t see me moving to no African jungle anytime soon. Or some goddamned desert somewhere, sitting on a carpet with a bunch of Arabs. No sir. And you won’t see me stop eating no ribs.”

“Gotta have them ribs.”
“And p*ssy, too. Don’t Malcolm talk about no p*ssy? Now you know that ain’t gonna work.” 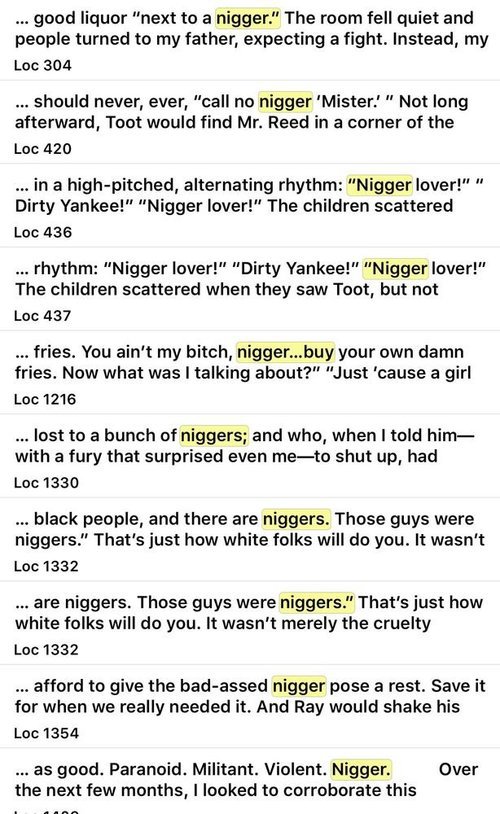 It's reported speech, he's quoting some black friends who are less educated than he is. Obama not only read, in public, a selection containing the word "p*ssy", but read the entire book for sale as an audio book. There are  two examples of  "p*ssy", six examples of the F-word, mostly in compound with "mother" (this is reported African-American speech) and nineteen examples of the "n-word", a word Obama is allowed to use and we're not.

In 2010, it transpired that, in 2008, Harry Reid had told Democratic insiders who were wondering if Obama was electable that he spoke “with no Negro dialect, unless he wanted to have one”.

What Reid was saying that Obama was not Al Sharpton or Jesse Jackson. At the time, there was much pearl-clutching about the fact that Reid used the word  Negro, but I was more interested in the fact that Obama could have a "Negro dialect"  if he "he wanted to have one".

I noted in 2008, when Hugh Hewitt played some clips, that Obama can and does, imitate foreign accents with some skill, as seen, or rather heard, in the audiobook of Dreams from My Father.

When he spoke the words of his African relatives, he spoke with an accent that, if doesn’t sound exactly like an African accent, it at least sounds like Sidney Poitier playing an African.

When he does speak like a black American, it's the same kind of imitation–he was born in Hawaii, and raised by white people and overseas in Indonesia.

The word Chicanos, in the middle of a regular English sentence, was pronounced with an accent that makes him sound like Freddy Fender.

This is an example of what Steve Sailer has said about how good Obama is at creating his own identity, and when he talks like a black American he’s doing the same thing.

For a white politician to be caught mimicking foreign accents always means deep trouble for the white politician, and double if they're doing a black accent. It's just as phony when Obama does it.

Anything you say about Obama is a gaffe, and nothing he says is ever a gaffe, those are the media rules. The Trump rules are different.