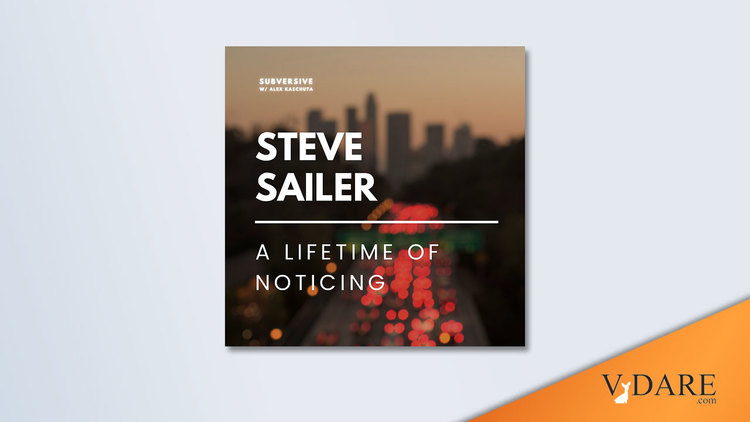 I did an audio and video podcast called Subversive with a smart Romanian lady named Alex Kaschuta:

I speak with Steve about the people’s republic of California, Liberalism under total honesty about hate-facts, applying Moneyball-style analysis to base reality, the possibility of meritocracy, the conflation between IQ and human worth, the strange relationship between Asians and affirmative action, the legacy of Barack Obama, Abortion’s effect on crime, coining “HBD” and the career of the concept, and much, much more.

Steve Sailer is a writer, journalist, and blogger and you probably read him all the time.

Paywalled, but you can try a free trial.