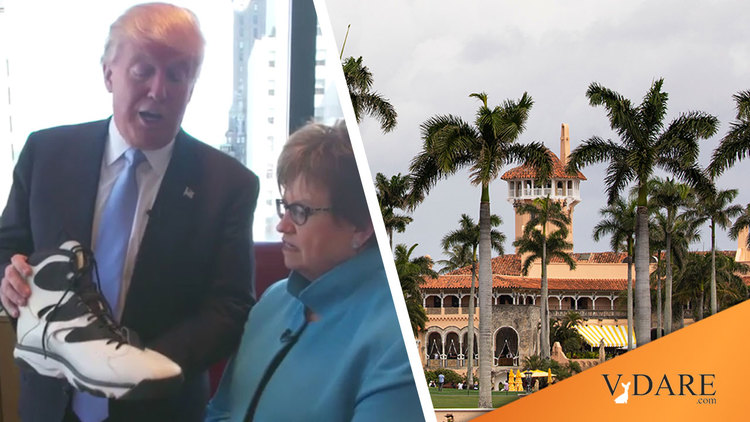 Back in August, I aired the Shaq’s Shoe theory of why Trump had government documents at Mar-a-Lago: they’re memorabilia. From the Washington Post news section:

A review by agents and prosecutors found no discernible business interest in the Mar-a-Lago documents, people familiar with the matter said

Federal agents and prosecutors have come to believe former president Donald Trump’s motive for allegedly taking and keeping classified documents was largely his ego and a desire to hold on to the materials as trophies or mementos, according to people familiar with the matter.

As part of the investigation, federal authorities reviewed the classified documents that were recovered from Trump’s Mar-a-Lago home and private club, looking to see if the types of information contained in them pointed to any kind of pattern or similarities, according to these people, who spoke on the condition of anonymity to discuss an ongoing investigation.

That review has not found any apparent business advantage to the types of classified information in Trump’s possession, these people said. FBI interviews with witnesses so far, they said, also do not point to any nefarious effort by Trump to leverage, sell or use the government secrets. Instead, the former president seemed motivated by a more basic desire not to give up what he believed was his property, these people said.