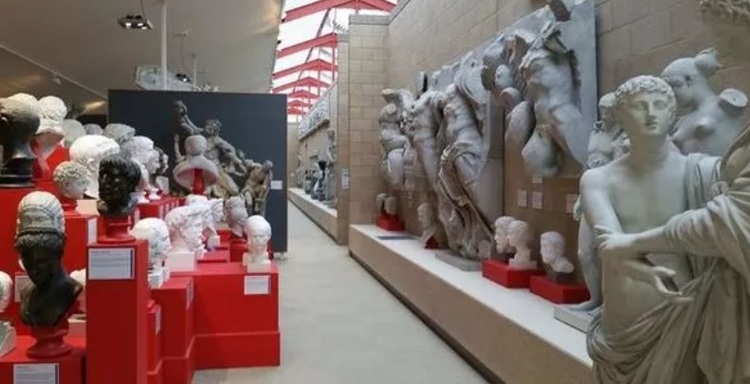 Plaster Turns Out To Be Racist In Cambridge. Why Not? It's White!

What has been found to be racist this week? Plaster!

The University of Cambridge, over in England, has a Museum of Classical Archaeology. In that museum are plaster casts of Roman and Greek sculptures, most of them shiny white — the color of plaster.

That, said more than two hundred students and academics in the university's Classics Department, along with alumni, and even some of the Museum staff, that is racist. In an open letter to the faculty board, they have called for an acknowledgment of the existence of systemic racism within the Classics Department.

The Classics Faculty has of course bent the knee to these demands. They will, they promise, "turn the problem into an opportunity" by drawing attention to the diversity of those figured in the casts via new information panels to accompany the casts [Cambridge University 'unhinged' as museum to 'explain whiteness' of statues, by Paul Withers, Express.co.uk, August 23, 2021].

Since practically all of the figures are either Greek or Roman, it'll be interesting to see how they pull this off. This is a university, though; they can't be short on ingenuity.

In fairness I should note that some academics in the faculty have opposed these plans, one calling them, "unhinged" and  "extraordinary." Have no fear, though; these wreckers and saboteurs will soon be dealt with in appropriate fashion—being replaced by plaster casts of themselves, perhaps.