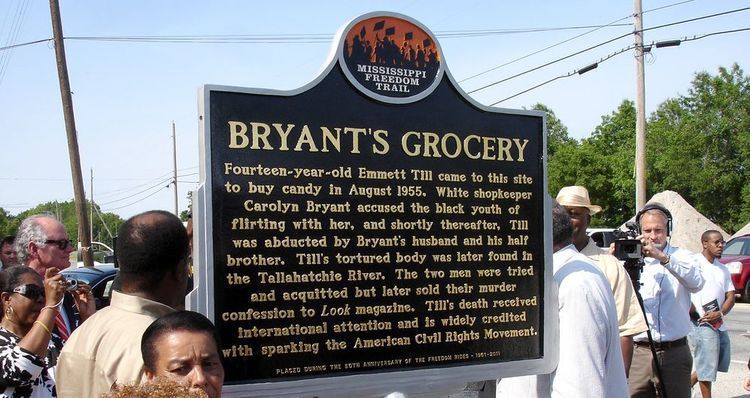 NYT: "An Emmett Till Historical Marker In Money, Miss., Was Briefly Unaccounted For This Week."

Here at iSteve, I’m on the Emmett Till Beat beat 24x7, covering all the stop-the-presses coverage of the latest developments in the ever-evolving Emmett Till story, such as this new New York Times news story about an Emmett Till sign being briefly unaccounted for this week:

Questions Swirl After Yet Another Emmett Till Sign Comes Down

A historical marker that stood outside the Mississippi shop where 14-year-old Emmett Till encountered the woman who accused him of whistling at her, may have been toppled by a truck. But a historical center is reluctant to call it an accident.

An Emmett Till historical marker in Money, Miss., was briefly unaccounted for this week.

The Emmett Till Beat is, of course, the most prestigious and lavishly resourced assignment at the New York Times. 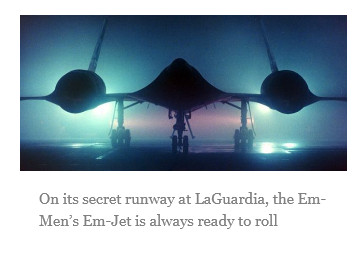 But there is always so much late-breaking Emmett Till news that the job quickly chews up and spits out even the most dedicated and ambitious reporters:

When it was notified this week that another sign commemorating Emmett Till had disappeared, the Emmett Till Interpretive Center had every reason to be worried.

… On Thursday, the center announced on Twitter that the historical marker in front of the site of the former Bryant’s Grocery & Meat Market in Money, Miss. — where Emmett went to buy candy and was later accused of flirting with the white shopkeeper, eventually leading to his lynching by two white men — was gone.

But Allan Hammons, whose public relations firm made the marker for the Mississippi Freedom Trail, which was created in 2011 to commemorate the people and places in the state that played a pivotal role in the American civil rights movement, said that he suspected no foul play.

On Tuesday, shortly after Mr. Hammons received a call saying that the sign was “missing or damaged,” a colleague visited the site and saw the marker lying on the ground, Mr. Hammons recalled in a phone interview on Saturday. He then asked the Leflore County Road and Bridge Department to retrieve and store the sign until he could evaluate if it needed to be repaired or replaced. When Mr. Hammons surveyed the site after the placard had been picked up, he saw large tire tracks that he said could have belonged to a “utility type truck.”

His guess is that a truck driver may have inadvertently backed into the post, perhaps without even realizing it.

“Oftentimes this happens,” Mr. Hammons said, estimating that his firm loses five to six historical markers each summer to human error. Mr. Hammons added that he had no way to know if this instance was intentional or accidental.

But the Emmett Till Interpretive Center is reluctant to write off the incident as an accident, given the history of vandalism of signs memorializing the boy’s death.

… “We’re tired of this, you know?” Mr. Weems said. “Regardless of whether this was an accident or not, there is a clear pattern of violence against these signs, and we think it’s time for the federal government to step up and take responsibility for this national American story.”

If Mr. Weems is tired, think how exhausted the black women at the Emmett Till Interpretive Center must be.