Pew Research Center Confirms the Great Replacement Is Happening: K-12 Public School Enrollment in USA Was 65% White in 1995; in 2018, Down to 48% White 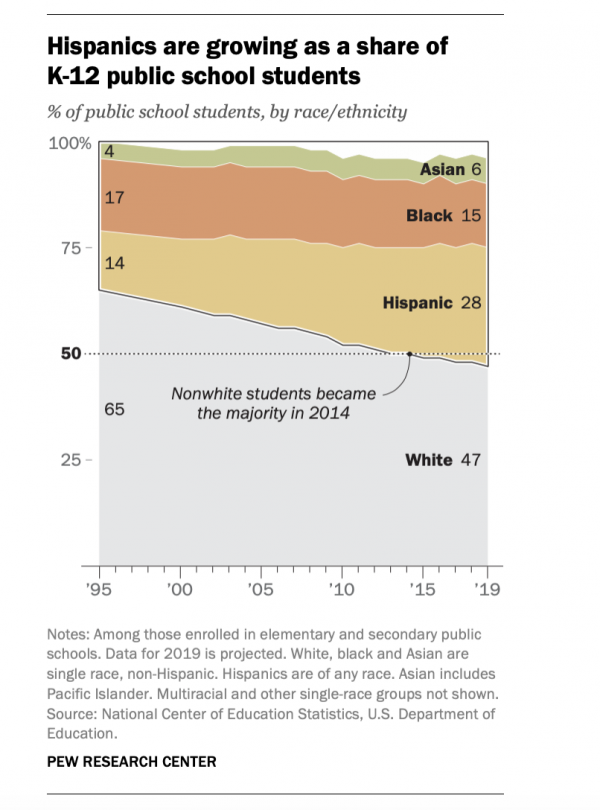 The Great Replacement is real, and is nothing less than state policy.

U.S. has changed in key ways in the past decade, from tech use to demographics, Pew Research Center, December 20, 2019

The Great Replacement is happening, and it’s impossible not to notice what the consequences of this racial change will be for the former First World  nation of the United States of America.