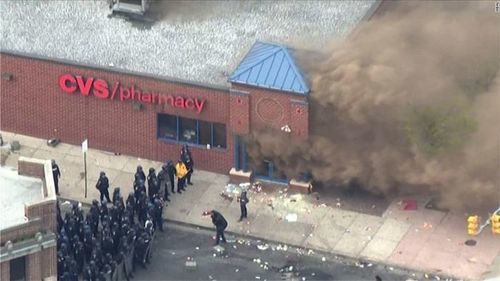 Earlier by Steve Sailer: Baltimore’s Current Carnival of Murder Can Be Timed Precisely To The Freddie Gray Riots

Baltimore breaks city record for killings per capita in 2019

With just over 600,000 residents, the city hit a historically high homicide rate of about 57 per 100,000 people after recent relentless gunfire saw eight people shot — three fatally — in one day and nine others — one fatally — another day.

The new rate eclipses that of 1993, when the city had a record 353 killings but was much more populous before years of population exodus.

By contrast, New York City, with more than 8 million residents, had 306 homicides through Dec. 15.

Why did it suddenly spike?

Baltimore had 211 homicides in 2014, but since Black Lives Matter’s huge political triumph with the Freddie Gray Riots in April 2015, Baltimore has had about 500 incremental murders above the baseline in the early 2010s. Heckuva job, Obama, Soros, and the prestige press!

That Baltimore’s murder surge started with Black Lives Matter in April 2015 is one of the clearest effects in all the social sciences.

Another interesting homicide data question is what has happened to homicide trends in cities that have elected Soros-selected district attorneys. By the middle of January, it’s pretty easy to find local newspaper reports on the previous year’s homicide totals, plus change since last year.