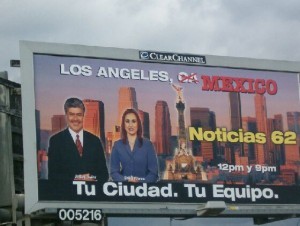 Patterico has a year-end round-up of LA Times horribleness. For your entertainment pleasure, I've extracted the sections that deal with immigration and race below.

The "segregation in prison" Supreme Court decision was discussed by Steve Sailer, [SCOTUS: Segregation Worse Than Interracial Homosexual Rape!] and I mentioned Patterico's item about it here.

And finally, he's got an item about the Times uncritically publishing "the results of a study finding racial discrimination in the setting of mortgage rates, without looking at factors that would tell readers whether or not the study was legitimate."

This is an idea that was more or less demolished by Peter Brimelow 14 years ago in Forbes. See The Hidden Clue, By Peter Brimelow and Leslie Spencer, Forbes, Jan 4, 1993.

The secret is in the default rates—if African-Americans were being held to higher standards than white borrowers, they'd have lower default rates. But the default rates are the same, showing that private lenders neither discriminate invidiously, nor practice affirmative action in lending decisions.

The paper seemed to show an acute sensitivity about reporting the immigration status of people who committed serious crimes. This became obvious in February, when a drunk driver killed a CHP officer. A paper in the California desert reported that the suspect had fake documents of the type that an illegal immigrant might have but the L.A. Times didnt breathe a word of it. Another desert newspaper reported that the culprit was a suspected illegal immigrant. Finally, after I had harangued my readers about the issue for days, the paper finally whispered something about the suspects immigration status on Page B6.

The paper falsely described an activist against the Sensenbrenner immigration reform bill as ambivalent on immigration reform. It was true enough that the paper disclosed (in a whisper on the back pages) that she had spoken to her Congressman about the bill at his local Southern California office. But the paper entirely failed to disclose the extent of her activism which would have shown that she was anything but ambivalent about the bill. The paper didnt mention that she had gone Washington, D.C. to lobby for a guest-worker program. Nor did the editors disclose that (in Conor Friersdorfs words) she had plant[ed] pro-guest worker program quotes in multiple press outlets and back[ed] a specific faction in the immigration reform debate. After four days passed with no correction or clarifying language, I wrote the Readers Representative to ask what was going on. Ultimately, the paper decided that it was going to leave readers in the dark about the extent of the womans activism. Mentioning the meeting in the Congressmans local office, I was told, was disclosure enough.

Pattt Morrisson had a unique take on why the border fence was a bad idea it might hurt the environment!

The editors of the L.A. Times routinely print sloppy stories that unnecessarily fan the flames of racial division. For example, the paper uncritically published the results of a study finding racial discrimination in the setting of mortgage rates, without looking at factors that would tell readers whether or not the study was legitimate. And the editors continued to profess befuddlement as to why George Bush would avoid the NAACP even though the reason was obvious, if the paper had bothered to explain it: the organizations affiliates and leaders had waged an active and ugly campaign against Bush in both his presidential elections.

The paper consistently hid from its readers the real reason that firefighters played a prank on black firefighter Tennie Pierce leaving readers to believe his spurious claim that the prank was an act of racism. After I complained about it, and talk radio continued to bang the drum, the paper finally revealed part of the truth, after hiding the facts from readers for weeks.

A black Democrat and former reporter criticized the papers lack of coverage of a black-on-white hate crime in Long Beach.

The paper ran a story that made a racially charged claim about movie roles being set aside for white males but the entire premise of the article was later quietly retracted in a small correction on Page A2.

The editors, who last year excoriated California prison officials for segregating inmates on the basis of race, looked pretty naive when the race riots in L.A. jails started up in February and some jail inmates literally begged to be segregated by race, for their own safety.