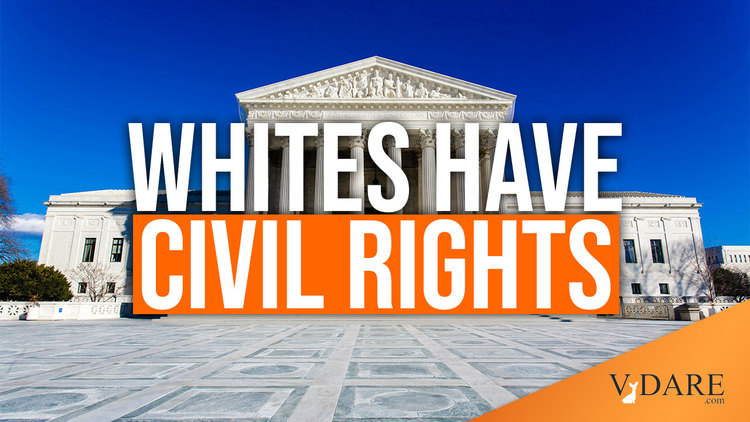 Panic! At The EURO—Steve Scalise Hit By MSM For Allegedly Speaking At David Duke Event 12 Years Ago

House Majority Whip Steve Scalise (R-LA) apparently spoke at the "European-American Unity and Rights Organization" in 2002, a group founded by former Louisiana state representative David Duke.  This is Bad because EURO is not like the Rev. Wright, NAACP, the National Council of La Raza, or Al Sharpton's National Action Network—it is a "white civil rights group," which is doubleplusungood.

In an amusing note, the source for the report is Stormfront.

Louisiana political blogger Lamar White Jr. dug up a number of posts on Stormfront, one of the original white supremacist websites, that place Scalise at the 2002 EURO gathering. According to one user who attended the conference, Scalise — then a state representative — spoke to the organization at a workshop "to teach the most effective and up-to-date methods of civil rights and heritage related activism."

According to another Stormfront post, the National/International EURO Workshop on Civil Rights was held from May 17 to 18, 2002, at the Landmark/Best Western Hotel in Metairie, Louisiana. The conference was also listed on an Anti-Defamation League list of extremist events for that year.

"Throughout his career in public service, Mr. Scalise has spoken to hundreds of different groups with a broad range of viewpoints," Moira Bagley Smith, a spokeswoman for Scalise, said in a statement. "In every case, he was building support for his policies, not the other way around. In 2002, he made himself available to anyone who wanted to hear his proposal to eliminate slush funds that wasted millions of taxpayer dollars as well as his opposition to a proposed tax increase on middle-class families. He has never been affiliated with the abhorrent group in question. The hate-fueled ignorance and intolerance that group projects is in stark contradiction to what Mr. Scalise believes and practices as a father, a husband, and a devoted Catholic."

Later on Monday, Scalise told NOLA.com, "I didn't know who all of these groups were and I detest any kind of hate group. For anyone to suggest that I was involved with a group like that is insulting and ludicrous..."

Did Scalise know?  Probably not.  There's a long history of Republican politicians agreeing to speak at certain events, only to drop out flailing and screaming when the Main Stream Media tells them they shouldn't.  They'll probably be a host of articles on Salon, Slate, and the Huffington Post listing all of them in the days to come.

The MSM most likely wants to attribute this to Republican "dog whistling" but it seems more likely that it's simply stupidity and carelessness.  Odds are, Scalise probably trusted a hapless staffer to screen the event and didn't think much about it one way or the other.  He was only a state representative at the time and didn't have much of an advance team.

The MSM is also screaming because Scalise once discussed the political impact of David Duke.  Scalise speaks dismissively of Duke and expresses satisfaction in his political defeat, but he apparently he didn't pontificate enough.

“The novelty of David Duke has worn off,” Scalise told Roll Call in 1999. “The voters in this district are smart enough to realize that they need to get behind someone who not only believes in the issues they care about, but also can get elected. Duke has proven that he can’t get elected, and that’s the first and most important thing.”

Needless to say, these are hardly the comments of a Duke supporter.  But there isn't really any name-calling either in all this, so it will be interpreted as sympathy.

Place your bets on what happens next.

1. Media attacks on George Will for having once objectively discussed David Duke.

5.  Scalise is divorced by his wife and disowned by his children.

VDARE.com notes in passing that Steve Scalise was hardly a conservative champion in the recent Amnesty debate, dodging the issue of impeachment he best he could and ruling out a government shut-down.

But he'll still go down as a RACIST.