Outbreak Of Intelligence On John Derbyshire At National Review!!!! 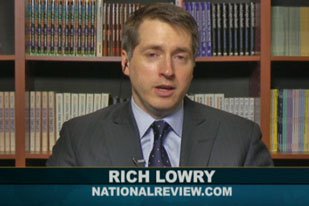 NR's Lowry: Would you support a hijacked magazine run by this man?

(Lowry must have heard the late WFB utter the phrase "arrant nonsense" but failed to ask him how to spell it.)

Other than appealing to a generalized dislike of Obama, Lowry has difficulty articulating why NR deserves support. The best he can come up with is

I’m not sure any publication in the English language has devoted more coverage to the HHS mandate…. We’re all over our man Ted Cruz’s campaign to upset David Dewhurst

This confirms my view of the Texas Senate contest.

Nobody is better than John Derbyshire at "rebutting errant nonsense." Bring him back if you want me to "chip in”

Stantonian speaks for all of us.

Rich must be reading Derb's home page. "We’re thankful for every widow’s mite."

…Lowry writes, "We’re all over our man Ted Cruz’s campaign to upset David Dewhurst and join the conservative caucus in the Senate."

He fails to mention that, under his leadership, National Review not only declined to take a similar stand in supporting J.D. Hayworth over John McCain in the 2010 primaries, its editors explicitly endorsed McCain with an argument that Andrew McCarthy correctly criticized as "depressingly weak and bereft of balance."

The sensible conclusion was drawn by

You can put you dollars in the NRO collection plate if you want to. That will insure that the choir pews are plentiful and comfortable.

Nobody defended Lowry or National Review.

Claiming credit for National Review’s long reneged-upon past is of course absurd and dishonest. Furthermore my personal opinion is that the degenerate William F. Buckley changed the magazine’s direction in 1997 in return for Neocon financial support – since then NR does not need (much less deserve) money from the Conservative public.