On Sunday, the San Francisco Chronicle presented a photo essay about Guatemalans being deported home from Mesa, Arizona. The one paragraph of accompanying text did not portray the event positively, particularly regarding theÂ Secure Communities program which it deems ”controversial.” The liberal press has apparently decided that open borders are more important than public safety.

A plane leaving from Arizona to Guatemala returns undocumented Guatemalans?»?Â caught by?»?Â theÂ U.S. Immigration and Customs Enforcement, ICE, through the controversial federal ”Secure Communities,” a data-sharing program which puts local police on the frontlines of national immigration enforcement. ICE recently announced a set of adjustments to the program after many local communities and some states, including New York, insisted on opting out, saying immigrants were being deported for minor offenses such as traffic violations.

However, the photos don’t show angst and suffering among the deportees regarding their free trip to their native country, courtesy of the American taxpayer. In fact, a couple pictures show joy, presumably at being home after residing in a foreign land. 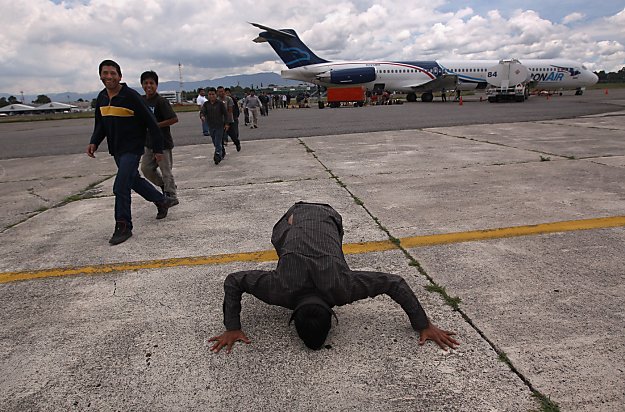