Immigration In The Biden Era 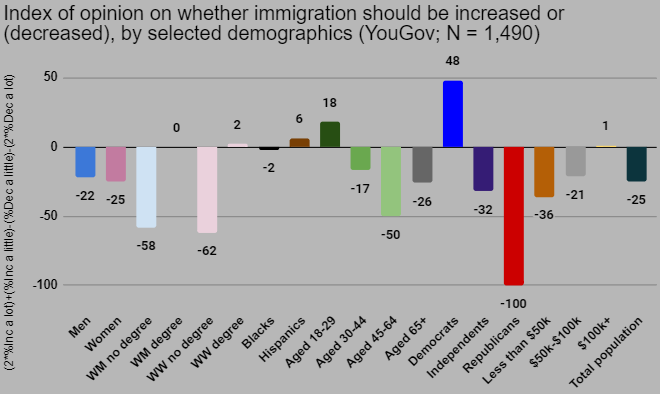 Even though the public is broadly sympathetic to a reduction in immigration into the US, the odds are long that anything will be done to stem the flow. Quite the opposite, because society’s winners–the educated, the affluent, the left–are more sanguine about immigration than the losers in contemporary America are.