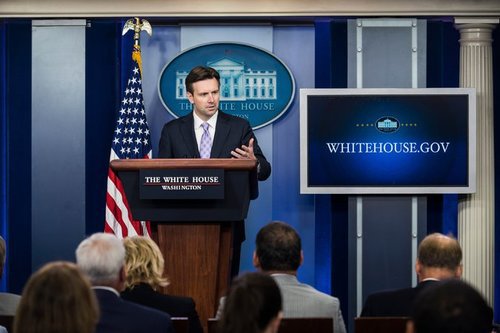 Obama has been implying all summer that he is going to amnesty millions of illegal aliens by fiat when the public is most disconnected from the news: over the Labor Day Weekend. But now …

WASHINGTON — Under pressure from nervous Democratic Senate candidates in tight races, President Obama is rethinking the timing of his pledge to act on his own to reshape the nation’s immigration system by summer’s end, and could instead delay some or all of his most controversial proposals until after the midterm elections in November, according to people familiar with White House deliberations.

The president vowed in late June to act unilaterally out of frustration with what he termed Republican obstruction, and said he would announce a decision soon after receiving recommendations from top aides at the end of the summer.

But now Mr. Obama and his aides appear to be backing away from a firm commitment to that timing. In remarks to reporters on Thursday, Mr. Obama hinted at the possibility of a delay.[More]

Some of my Unz.com commenters have long been suggesting that the real Danger Zone is the Lame Duck period after the November elections, which would be the maximum time before the next national election.