Obamnesty Delayed Until After November Election 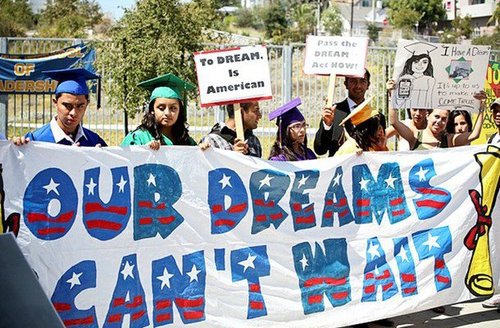 “I want to be very clear: My intention is, in the absence of action by Congress, I’m going to do what I can do within the legal constraints of my office — because it’s the right thing to do for the country,” Obama said Friday during a news conference in Wales, where he had been attending a NATO summit.

Obama’s decision Saturday didn’t stop Republicans from continuing to make an issue of what the president might do on immigration. Republican Scott Brown, who is hoping to unseat Sen. Jeanne Shaheen (D-N.H.) has made concerns about immigration a central tenet of his campaign. Brown said Obama’s decision to delay “is of little comfort to people like myself who believe in the rule of law.”

He added: “Make no mistake: President Obama plans to grant amnesty, it’s just that he will cynically wait until after the election so as not to harm Senate Democrats.”

Amnesty is about the government electing a new people, ergo the old people can’t be allowed to elect a new government.