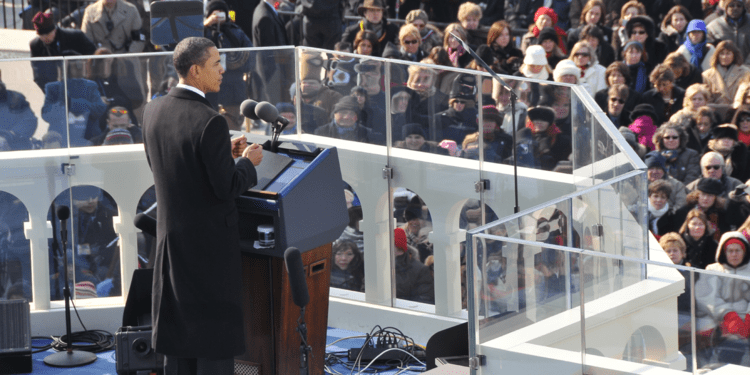 At least I'm an equal opportunity critic of speechwriter boilerplate: I was unimpressed by McCain's and Palin's convention speeches too. I tried to watch Obama's much-ballyhooed Inaugural Address but got bored and wandered off.

Reading it now, I am struck by this passage:

"We are a nation of Christians and Muslims, Jews and Hindus, and nonbelievers. We are shaped by every language and culture, drawn from every end of this Earth."

Of course, this is what might charitably be called a Noble Lie. The proportions of Muslims, Hindus and (harder though this may be to believe) Jews in America is vanishingly small. White Protestants alone, as I noted on Election Night, still make up almost half the population. They supplied essentially all of America's Founding Fathers (there were three Catholics, no Muslims etc.) and it is their values, and certainly their language, that "shaped" America.

The unmentioned question hanging over the Obama election: can America's white majority remain divided, dispirited and deceived enough to allow itself to be permanently displaced through mass immigration?

It will take a lot of Noble Lies, and quite a few ignoble ones. But I can't be angry at Obama. George W. Bush was telling them too.