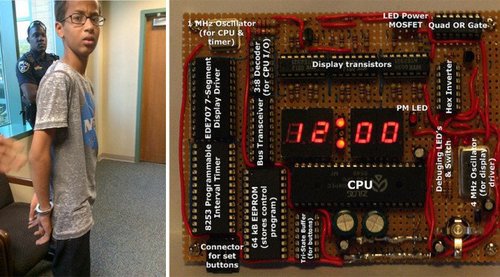 The Department of Justice is investigating the arrest of Ahmed Mohamed, the 14-year-old Muslim boy whom police took into custody when he brought a homemade clock to his school in Texas, the U.S. Attorney General said Thursday.

Attorney General Loretta Lynch confirmed the investigation at the annual Muslim Advocates dinner in Arlington, Va., the Dallas Morning News reports. “We have, as you may know, opened an investigation into the case of the young man in Irving, Texas,” Lynch told Farhana Kher, Muslim Advocates President and Executive Director, during an interview. “So we will see where that investigation goes.”