NYT: Without Soros Funding, "Thousands" Rally Nationwide For Amnesty, But "Thousands" Isn't Many

So there were only 1,000 people at the pro-amnesty demonstration in Boston, which was one of the "larger rallies." http://t.co/c9p1uh8ewQ

The New York Times  photograph shows not thousands, or tens of thousands, but more like "several." 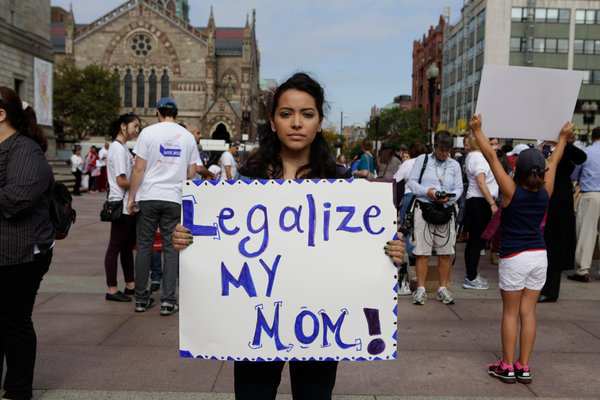 Compare that with this photo, from 2006: 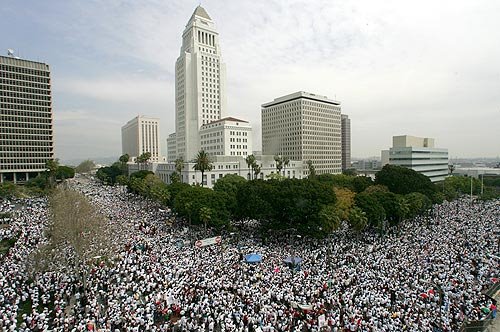 When you get half a million people marching in the streets to protest Republican immigration policies, you better believe that the political pot is beginning to bubble in time for the 2006 election.

In fact, what you better believe, we found out later, is that the  "Community Organizers" who organize their community to do this kind of thing had received a lot of funding from George Soros, as discovered, after the fact, by Investor's Business Daily

Didn't the mainstream media report that 2006's vast immigration rallies across the country began as a spontaneous uprising of 2 million angry Mexican-flag waving illegal immigrants demanding U.S. citizenship in Los Angeles, egged on only by a local Spanish-language radio announcer?

Turns out that wasn't what happened, either. Soros' OSI had money-muscle there, too, through its $17 million Justice Fund. The fund lists 19 projects in 2006. One was vaguely described involvement in the immigration rallies. Another project funded illegal immigrant activist groups for subsequent court cases.

So what looked like a wildfire grassroots movement really was a manipulation from OSI's glassy Manhattan offices. The public had no way of knowing until the release of OSI's 2006 annual report.[The Soros Threat To Democracy, September 24, 2007]

Without that kind of backing, Hispanics are just not that interested in politics. See, from May of last year: