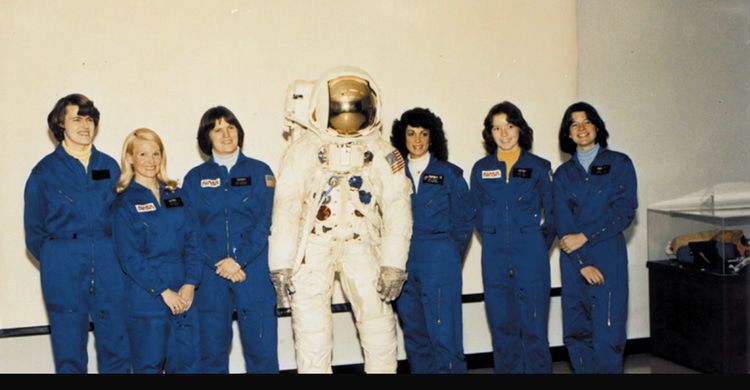 NYT: "To Make It to the Moon, Women Have to Escape Earth’s Gender Bias"

To Make It to the Moon, Women Have to Escape Earth’s Gender Bias

The Apollo program was designed by men, for men. But NASA can learn from its failures as it aims to send women to the moon and beyond.

As we celebrate the 50th anniversary of the Apollo 11 moon landing, NASA has started Artemis, a program that aims “to return astronauts to the lunar surface by 2024, including the first woman and the next man.”

Although both astronauts have enormous challenges ahead, the first woman will face added hurdles simply because everything in space carries the legacy of Apollo. It was designed by men, for men.

Not deliberately for men, perhaps, but women were not allowed in the astronaut program until the late 1970s, and none flew until Sally Ride became the first American woman in space, in 1983. By this point, the space program was built around male bodies.

If we do not acknowledge the gender bias of the early space program, it becomes difficult to move past it. …

NASA took pride in advertising the space shuttle as being a shirt-sleeve environment. And yet, if you watch “The Dream Is Alive,” a 1985 documentary made by crews aboard the shuttles, take note of the thick wool slippers on Kathryn Sullivan’s feet.

In space, no one can hear you peeve.

Women are asked to compromise about seemingly small things in order to participate. Every time we do that, we carry those imprints forward into the future.

The Genderized Meaning of My Racialized Hair in Outer Space