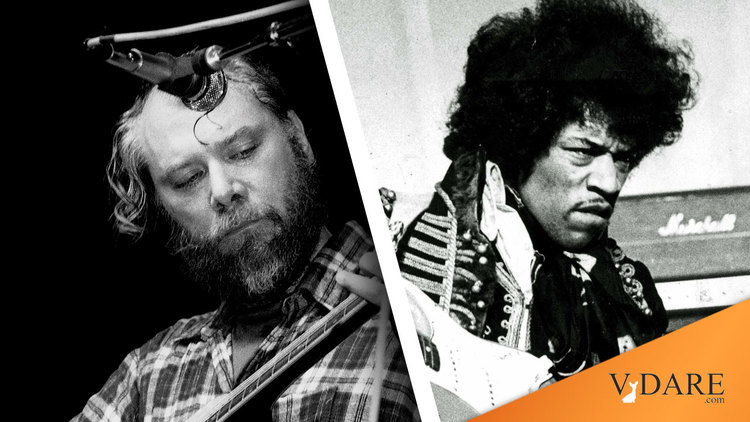 NYT: The Face Of Solo Guitar Is Changing. It’s About Time

The Face of Solo Guitar Is Changing. It’s About Time.

Since the heyday of John Fahey, the genre has been seen as the province of white men. A new generation of diverse players is rapidly changing that.

… More than competition, “Guitar Hero” represented a revelation for Williams. Though she was often the only Black student in her public-school classes, she didn’t know the Beatles, let alone heavy metal, existed before the game. She cut her teeth on her father’s vintage go-go tapes and her brothers’ hip-hop CDs. Williams loved the clarinet, but she wondered if she could make more exciting music if she had an ax like her onscreen idols.

… Long dominated by much-mythologized white men like John Fahey, the form’s demographic is slowly broadening to include those who have often been omitted, including women, nonbinary instrumentalists and people of color.

Remember back when John Fahey got all the publicity and nobody had ever heard of Jimi Hendrix?

And who can forget the legendary Marty McFly, who taught Chuck Berry his new sound before vanishing into the mists of time?

And some claim that Prince was the second most famous black fentanyl abuser to die in Minneapolis, but I never heard of him.

You’ll be reassured to learn that even this extremely obscure and more or less pointless genre (if you are a really good guitarist, it’s not all that hard to find accompanists who will help you make more money, even after paying them, than you would make just noodling by yourself) is being culturally enriched by Diversity.