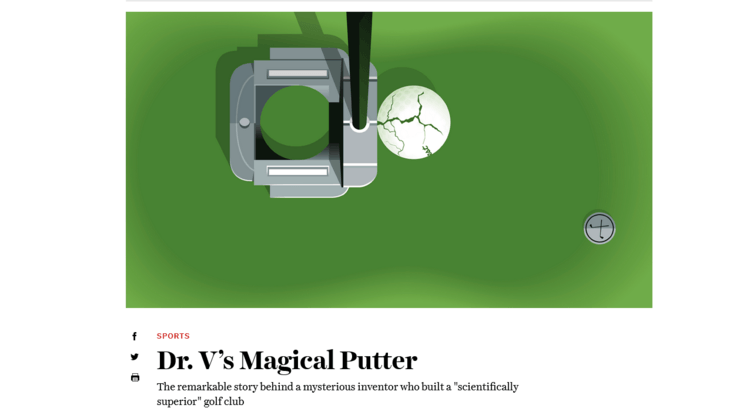 NYT On GRANTLAND Story: "When ‘Long-Form’ Is Bad Form"

On January 25, 2002, J. Clifford Baxter, the former chief strategy officer of Enron, shot himself in the head. This was widely viewed not as condemning but as confirming the journalists, such as Bethany McLean of Fortune, who had broken the Enron story.

Today, if the Enron executive had been wearing women's clothes when he killed himself, there would be a full-fledged agonizing reappraisal of the journalistic inquiry into Enron. How dare anyone report that Enron was run by "conmen" when the appropriate noun is "conwomen!" Why is the press worrying about details of accounting when proper pronoun usage is all that really matters?

Over the course of 7,000-plus words, the writer, Caleb Hannan, devoted a lot of space to the contentious relationship he had developed with his subject. Ms. Vanderbilt, who was transgender but in the closet — and also probably a con artist — didn’t like Mr. Hannan’s digging into the details of her personal and professional life. In the final few paragraphs of the story, Mr. Hannan revealed some shocking news: Ms. Vanderbilt had killed herself.

The piece was initially met with praise from across the Internet. (“Great read,” raved a typical Tweet. “Fascinating, bizarre,” read another.) Then the criticism started. Mr. Hannan was accused of everything from being grossly insensitive to Ms. Vanderbilt’s privacy to having played a role in her suicide. The controversy soon grew so intense that the editor of the site, Bill Simmons, felt compelled to address it in an apologetic, if defensive, 2,700-word post of his own. Mr. Simmons stressed that the decision to publish the piece had not been taken lightly and that somewhere between 13 and 15 people had read it before it was posted and had all been “blown away.”

Well, institutions make mistakes. Even a group of smart people is capable of doing something dumb. The fact that Ms. Vanderbilt had killed herself — and that the writer may have been involved in her decision to do so — obviously could not be relegated to the status of a footnote. But to chalk up “Dr. V’s Magical Putter” simply to shoddy editing and bad judgment is to miss the bigger picture. Grantland’s decision to publish the piece, like the initial burst of enthusiasm that greeted it, is also a product of the journalistic environment we’re living in. Specifically, the power of the cult of long-form.

It wasn’t so many years ago that people assumed the Internet would make long magazine-style stories obsolete. Paradoxically, it now seems to have revived this once threatened medium. Magazines may be disappearing, but that’s O.K.; we still have “long-form.” What started as a Twitter signifier (#longreads or #longform), a way to get the attention of people who might be looking for a substantive read, has morphed into its own genre. In the process, a long magazine story went from being one part of a steady diet of journalistic consumption to something artisanal, a treat for connoisseurs.

Not only are there websites like Longreads and Longform devoted to curating the best “long-form” writing from around the Internet, but even high-metabolism sites like BuzzFeed and Politico are producing their own long-form content. The term confers respectability and connotes something special, something literary. ...

It’s a familiar phenomenon: When you fetishize — as opposed to value — something, you wind up celebrating the idea of the thing rather than the thing itself. How many of those people who initially praised “Dr. V’s Magical Putter,” I wonder, even made it down to those final few paragraphs before taking to Twitter to associate themselves with this great journalistic achievement?

When we fetishize “long-form,” we are fetishizing the form and losing sight of its function. That’s how a story with a troubled woman who commits suicide at its center gets told as a writer’s quixotic quest to learn everything he can about the maker of a golf club that he stumbled across during a late-night Internet search for tips for his short game. There’s a place for writers in their magazine stories, and there’s nothing inherently wrong with offering readers a glimpse into the reporting process. The trouble starts when the subject becomes secondary, and the writer becomes not just observer but participant, the hero of his story.

But the criticism of the reporter has been for his digging too deep into his subject. Sure, Dr. V. was lying about an MIT doctorate, the conventional wisdom says, but Hannan should never have reported that "she" had fathered two children when "she" was Stephen Krol.

What, then, is the function — the purpose — of “long-form”? To allow a writer to delve into the true complexities of a story, and also to bring readers closer to the experience of other people. Whether a long-form story is published in a magazine or on the web, its goal should be to understand and illuminate its subject, and maybe even use that subject to (subtly) explore some larger, more universal truths. Above all, that requires empathy, the real hallmark of great immersive journalism.

In the end, it doesn’t matter if one is writing about a huckster or a fraud. The best work still enables readers to experience their subjects as human beings, not as mere objects of curiosity.

Jonathan Mahler is a contributing writer for The New York Times Magazine and a columnist at Bloomberg View.

In other words, wearing a miniskirt proves you deserve privileged treatment from the press. Long-form journalism is inherently dubious because it asks too many questions. All that matters in 2014 is: Who? Whom?