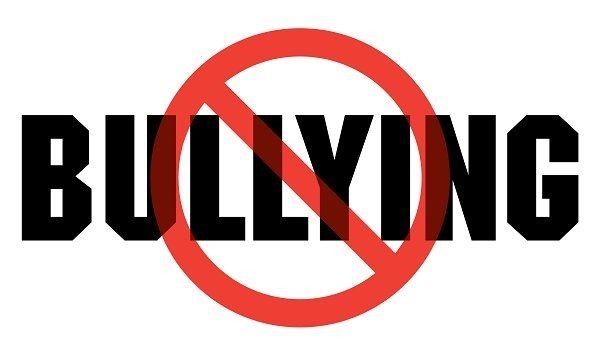 The media mania to punish Grantland for one of its rare good articles because it was about not just a conman (which would be okay), but about a conman who wore a miniskirt (which is Not OK) is tied into the Anti-Bullying Movement of recent years.

The logic is that, by definition, anyone who is "transgendered" was bullied on the school playground, and is therefore above criticism.

The bullying part is no doubt often true.

For example, I knew somebody who is now a drag queen. I first met him when he was two years old. And he was the gayest two-year-old imaginable. As I heard him explain to some little girls with whom he was dressing up Barbie dolls, "I only play with girl toys. That's just the way I am."

I never heard about him being bullied at school, but it's hard to imagine he wasn't bullied by some moron.

On the other hand, reading about Dr. V., it's hard to not to notice that the promoter was a lifelong bully:

For all her wild stories, though, what Dr. V was most, Kinney [an investor out $60k] said, was a difficult person to deal with. “She would just explode. If you’re disagreeing with her while she had one of her headaches, you were in trouble.”

From an email from the promoter to the reporter:

“To whom this may concern,” it read. “I spoke with Caleb Hannan last Saturday his deportment is reminiscent to schoolyard bullies, his sole intention is to injure or bring harm to me … Because of a computer glitch, some documents that are germane only to me, were visible to web-viewers, government officials have now rectified this egregious condition … Caleb Hannan came into possession of documents that were clearly marked: MADE NON-PUBLIC (Restricted) … Exposing NON-PUBLIC Documents is a Crime, and prosecution of such are under the auspices of many State and Federal Laws, including Hate Crimes Legislation signed into Law by President Obama.”

Over the course of what was now eight months of reporting, Dr. V had accused me of being everything from a corporate spy to a liar and a fraud. She had also threatened me. One of the quotes I was able to type down during our last conversation was this: “You have no idea what I have done and what I can do.” It’s not all that menacing when transcribed, but her tone made it clear she believed she could harm me.

This is not wholly idiosyncratic. For example, the article that more or less launched World War T was a lavishly sympathetic New York Times story about the injustice done to a former male truckdriver who is not being allowed to beat up women for pay in mixed martial arts bouts.

A certain fraction of the trans community seem to represent less "a woman's mind trapped in a man's body" than an exaggeratedly masculine mind (as economist Deirdre [nee Donald] McCloskey kind of sort of admits in this New Republic article "I Know What Chelsea Manning Is Going Through").

To my regret, I've had the experience of noting that a subsection of the male-to-female trans-identified can be atrocious bullies. I got dragged into a bout of bullying organized by McCloskey, computer scientist Lynn Conway, and a few other  trans academics because they were out to get Northwestern U. professor J. Michael Bailey, and I had written about him. (This is not to say that Bailey is wholly right, just that trying to have chilling effects on free speech is a worse solution than, as Justice Brandeis said, more speech.)

McCloskey and Conway set out to systematically demonize anybody who had ever said a good word about Bailey (and, boy, are they ever systematic — Simon Baron-Cohen could have a field day with their output). Their work was picked up and spread by the Southern Poverty Law Center, which has used its crusade against "hate groups" to become the most lucrative hate group in America. This might sound strange, but it really isn't: after all, McCloskey and Conway are much smarter than most SPLC staffers, and also much more masculine — thus, the flavor of their witchburning fervor is notably different from that of the women and dweeby dudes out to get Larry Summers or James D. Watson. Meanwhile the SPLC leadership is cunning about sniffing out the coming wave of money-making opportunities.

For some reason, McCloskey liked to denounce "the Steve Sailers, Stephen Pinkers, and Seth Roberts of the world," an unusual case of somebody spelling my name right and Pinker's name wrong.

Here's an email exchange between McCloskey and Roberts (minus Roberts' last email) that McCloskey hosts on his website because he thinks it makes him look good. McCloskey starts out politely, but ... buckle your seatbelts, it's going to be a bumpy ride. (Roberts' version is on p. 117 here.)

Obviously, McCloskey has a lot of issues.

You be the judge of who is trying to bully whom.

Freud's concept of "projection" explains much about the postmodern world.