NYT: Minnesota Is A Progressive Place, So What's The Matter With Minnesota's Blacks?

When I was younger, “It was a quiet week” summed up most weeks in Minnesota. How did the most Scandinavian state in the union become one of iSteve's most reliable content generators?

Minnesota Is One of the Best Places to Live in America. Unless You’re Black.

The state’s reputation belies some of the country’s largest racial disparities.

By Samuel L. Myers, Jr.
Dr. Myers is a professor of public affairs at the University of Minnesota who has written extensively about public policy and race in the state. 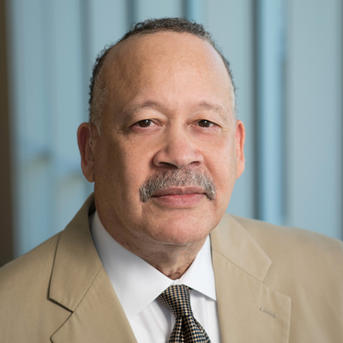 He appears to be part black.

MINNEAPOLIS — Minnesota is one of the best places to live in America. It has good schools, excellent housing and low unemployment. It regularly appears near the top of indexes for livability. But all of that matters much less if you’re Black.

Across a whole host of measures — unemployment rates, wages, incarceration rates, test scores, homeownership rates — the gaps between white Minnesotans and Black Minnesotans are among the widest in the country. Take automobile ownership, for example. Nationally, 9 percent of households have no vehicle. The rate is 7 percent in Minnesota. Among African-American households nationally, 19 percent have no vehicle. Among African-American households in Minnesota, the rate is an astonishingly high 24 percent.

I presume just about all blacks live in the Twin Cities, which has decent public transportation, as Myers notes below.

So while Minnesota is a great place to live for white people, for Black people, it’s just like everywhere else — and sometimes worse. This is what I’ve termed the Minnesota Paradox: massive racial disparities masked by aggregate outcomes, and it’s an issue that I’ve been studying since moving to Minnesota in the 1990s.

The Minnesota Paradox is similar to the next-door Wisconsin Paradox.

The continued existence of this paradox is driven by buried racism.

Well, of course … As Prof. Dr. Ibram X. Kendi has explained to us, what else could it be?

Unlike places where racism was (and is) open and transparent, racism in Minnesota is obscured by progressive policy. Our history and legacy of egalitarianism make it harder for us to see racial disparities as manifestations of racism.

Many policymakers and most community members in Minnesota see racism as individual bigotry and racial animosity. The good public servants who administer the child welfare programs and disproportionately place Black and Native American children into foster care, for instance, are doing them a favor by providing them with publicly financed child protective services. The hardworking law enforcement officers who routinely stop suspicious drivers with expired tags and an air freshener dangling from the rearview mirror are merely trying to reduce crime and catch criminals. For many Americans, this does not amount to racism because the individual decisions are not motivated by racial animus.

What make Minnesota different from many other places in the country, though, are its explicit policies intended to create equity and equality. The state boasts a unique form of property tax equalization designed to equalize funding for local public schools. A regional tax-base sharing system within the seven-county Twin Cities metro area is designed to broadly distribute the benefits of commercial and industrial economic growth.

The city of Brooklyn Center — the site of the recent killing of Daunte Wright and subsequent protests about racial profiling and police use of excessive force — joins the cities of Minneapolis and St. Paul and a constellation of 182 communities connected by a robust transportation network. Public sector infrastructure investments have produced connected islands of shopping malls, business centers and industrial plants, with residences ranging from multimillion-dollar mansions to small bungalows and townhouses. In this sense, Minnesota is one of the most progressive states in the United States.

But the structure of many of Minnesota’s policies and institutions — like police policies, housing policies, even regulations about drivers licenses and renewal of tags — have a disproportionately adverse impact on nonwhites. These effects are not overcome by Minnesota’s progressivism.

Minnesota has long been a magnet for African-American residents seeking a better life. When it was illegal in most states in the country to marry a white woman, Minnesota beckoned. When job opportunities for Black chemists and engineers from Howard University and Hampton Institute were limited, Minnesota corporations like 3M and Honeywell were unabashed recruiters of African-American talent.

Unfortunately, the small number of Black people who lived in Minnesota in the early 20th century and through the postwar era faced brutal redlining practices from real estate brokers and lenders and racial covenants limiting where they could purchase homes. The legacy of redlining has left a lasting impact of racial disparities in wealth.

But you just said there were few black people in Minnesota during the redlining era, which ended 53 years ago.

Policing policies — like the CODEFOR policy in Minneapolis — substituted overt, explicit racial profiling found in other cities with scientifically managed administration of racially disparate arrests.

In the 1990s, Minnesota’s child welfare and public housing policies simultaneously served as magnets for the dispossessed of other Midwestern cities like Detroit, Chicago and Gary, Ind.,

As I pointed out in my 2016 column “What’s the Matter with Wisconsin,” Minnesota’s neighbor state of idealistic Wisconsin attracted lazy blacks from Chicago and Mississippi by keeping welfare payments high from 1970–1985, after the more cynical Illinois had learned its lesson.

while reinforcing white welfare and housing authorities’ negative views toward the new migrants.

Maybe the negative views toward the new migrants of Minnesota Nice social workers were well-earned?

The result was rules governing benefits — reduction in benefits when out of compliance with work rules, child support rules (even when fathers were incarcerated and thus unable to pay child support) — that disproportionately affected Black people.

It’s almost as if making a baby with a felon has some downsides.

The public employees who enforced these policies were not racist, or at least they do not view themselves as racist. After all, this is Minnesota: the liberal and progressive state that opens its doors to the poor and downtrodden. Instead, they were creating and perpetuating racial discrimination which baked disparities into the structure of life in Minnesota. Some of these structurally racist rules have been revised or abandoned — a good and necessary step — but their effects linger on.

Systemic racism is an awful lot like bad juju in that, as anthropologist Henry Harpending pointed out, it can be transmitted across time and space without any known mechanism.

If Minnesotans want to end the paradox, they must continue to acknowledge and change polices, past and present, that have led to such wide racial disparities and that belie our self-image as a progressive and egalitarian state.

How exactly do you change the past?