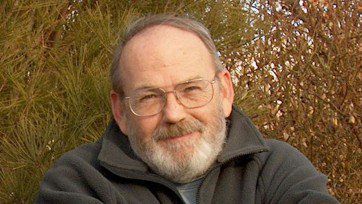 Earlier, by Steve Sailer: Bret Stephens In The NYT: "The Secrets of Jewish Genius" and GUARDIAN On Bret Stephens: "NYT Columnist Accused of Eugenics Over Piece on Jewish Intelligence"

Bret Stephen's Op-Ed in which he talks about Jewish IQ is remarkable in attributing it not to heredity (which is either racist or common sense...or both) but to something he calls "thinking different."

Aside from the perennial nature-or-nurture question of why so many Ashkenazi Jews have higher I.Q.s, there is the more difficult question of why that intelligence was so often matched by such bracing originality and high-minded purpose. One can apply a prodigious intellect in the service of prosaic things — formulating a war plan, for instance, or constructing a ship. One can also apply brilliance in the service of a mistake or a crime, like managing a planned economy or robbing a bank.

But as the story of the Lithuanian rabbi suggests, Jewish genius operates differently. It is prone to question the premise and rethink the concept; to ask why (or why not?) as often as how; to see the absurd in the mundane and the sublime in the absurd. Ashkenazi Jews might have a marginal advantage over their gentile peers when it comes to thinking better. Where their advantage more often lies is in thinking different.

Stephens linked in his original article to a paper by Gregory Cochran, Jason Hardy, and Henry Harpending called “Natural History of Ashkenazi Intelligence”  reviewed here in 2005.

That paper has now been removed from the NYT:

The "culture and history" argument above is a continuation of the "morally superior" argument. (Scientifically, it's nonsense—see here, or if technically minded, here.)

The "one of the paper's authors" who they said endorsed racist views was the late Henry Harpending, an anthropologist who lived and worked with Africans for many years. In 2016, he was attacked by the SPLC for committing anthropology, including some dangerous Noticing. Here are two "In His Own Words" quotes provided by the SPLC as evidence of WrongThink:

“The reason the Industrial Revolution happened in 1800, rather than the year one thousand, or zero, which it could have, the Romans certainly could have done it, is that a new kind of human evolved in northern Europe, and probably northern Asia. And that this led to the Industrial Revolution—this new kind of human was less violent, had an affinity for work. When you view your parents or grandparents, and you know that they're retired, they could relax. But afterwards they can't just sit on the couch and relax, they've got to go and get a shop and work on a cradle for their grandchildren… I've never seen anything like that in an African. I've never seen anyone with a hobby in Africa. They're different.”
—“Preserving Western Civilization” conference, 2009

“Group differences, as far as we know, are in the DNA. Nobody yet has found any credible environmental effect on IQ or academic achievement. And believe me, people have been frantically looking for one for sixty, seventy years. Nothing. If you look at the quantitative genetic analyses, they’ll talk about a contribution from genes, and a contribution from environment. What that contribution from environment is, is random error. It doesn’t matter who raised you, as long as they didn’t hit you on the head with a hammer. It doesn’t matter whether you have high or low self-esteem. Everything has been shown just not to be there. The gap between ethnic groups is not closing in this country. There have been announcements that it’s closing for at least the last twenty years, usually in the New York Times, it’s not there, there’s no difference. There’s no change. Nothing changes.”
—H.L. Mencken Club meeting, 2011

See Steve Sailer's The Scientist vs. the SPLC in Taki's Magazine.

But I repeat, not only did we report on this paper in 2005, but so did the New York Times itself, and the Economist. Here's part of what Sailer wrote in 2005:

The slow liberation of the Mainstream Media from the deathgrip of political correctness accelerated last week with startlingly courageous coverage in The Economist and the New York Times of the potentially epochal scientific paper by Gregory Cochran, Henry Harpending, and Jason Hardy entitled The Natural History of Ashkenazi Intelligence [PDF file].

The Economist headlined its anonymous article:

"Natural Genius? The evolution of intelligence: The high intelligence of Ashkenazi Jews may be a result of their persecuted past." (June 2, 2005)

And in "Researchers Say Intelligence and Diseases May Be Linked in Ashkenazic Genes," [June 2, 2005] the NYT's redoubtable genetics reporter Nicholas Wade reported

"'It would be hard to overstate how politically incorrect this paper is,' said Steven Pinker, a cognitive scientist at Harvard, noting that it argues for an inherited difference in intelligence between groups. Still, he said, 'it's certainly a thorough and well-argued paper, not one that can easily be dismissed outright.'"

The high average intelligence of the Ashkenazi Jews (essentially, Jews from Northern Europe whose ancestors spoke Yiddish, ancestors of the great majority of Jewish Americans) has had an enormous impact on the modern world.

Query: Having edited Harpending, Cochran, et al. out of Bret Stephens, is the New York Times also going to Memory-Hole its 2005 report?

Article
Ann Coulter On The Debate: Is Chris Wallace a White Supremacist?