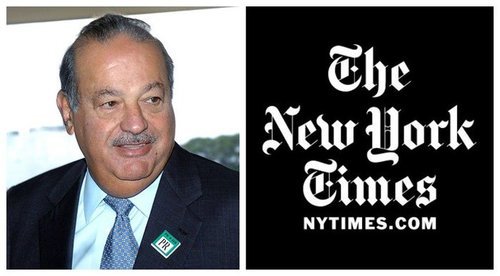 The New York Times’ Jodi Kantor had a big article a few days ago about how awful it is to work for Amazon, founded by Jeff Bezos.

Yet, I’ve noticed that the Washington Post, which appeared to be dying of inanition not long ago in the Ezra Klein era, has gotten livelier recently as Bezos has settled in as its new owner. Perhaps that has something to do with the NYT article denouncing Bezos’s Amazon?

Similarly, I read a lot of horrible things four years ago in the NYT about Rupert Murdoch, the owner of the Wall Street Journal, regarding what turned out to be the damp squib phone hacking scandal in Britain’s Fleet Street.

In contrast, I haven’t read much that’s scandalous lately about Carlos Slim, who is even richer than Bezos and Murdoch. While Bezos and Murdoch got rich primarily out of wealthy Anglosphere countries, Slim got rich by by buying the Mexican telecom monopoly cheap from his pal, President Salinas, and then raising rates on Mexican consumers.

I wonder why we don’t hear much that’s scandalous about Slim?