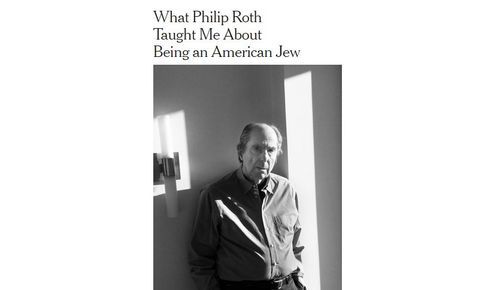 NYT: How Philip Roth Taught Jews to Laugh at the Concept of "Jewish Privilege"

What Philip Roth Taught Me About Being an American Jew

… Roth’s books answered the question of how all this Jewish education I was getting would translate into the real world, should I survive the ordeal of childhood. What did it mean to be Jewish in America? Were we supposed to convey pride in our religion and our culture? Were we the punch lines to a joke that was constantly being made? Were the jokes at least funny? And such small portions? Was being Jewish a bad thing? Were we proud? Were we embarrassed? Did we still have to watch our backs? How should a modern Jew behave in the world? How should a modern Jew assert his or her Jewishness? Were we white? You’re kidding yourself if you think we’re white! Do the goyim like us, or do they simply tolerate us? You’re kidding yourself if you think they tolerate us! How to act, how to assimilate but not too much, how to remind them about the Holocaust when they got uppity about Jewish privilege. How to not break into laughter when someone used the phrase “Jewish privilege.”

Offhand, all I can think of is his 1950s short story “Defender of the Faith,” in which Roth wrote about a Jewish Army sergeant on a stateside peacetime base having to deal with several goldbricking Jewish privates trying to get out of military duties by citing religious obligations. But that’s not what the few people who these days mention the almost nonexistent concept of “Jewish privilege” as being interestingly analogous to endlessly denounced “white privilege” are talking about.

This seems to have far more to do with the recent obsessions of Jewish media people than with the works of Philip Roth.

As for Roth purportedly taking a stand against the US Census’s assumption that Jews are white, once again … I don’t know. Presumably, somebody could point out the evidence from his works.

Perhaps this explains Roth’s amusing touchiness over Wikipedia’s assumption that his fine late novel The Human Stain was inspired in part by his booster Anatole Broyard, a dashing New York Times literary critic who didn’t like trying to explain his Louisiana Creole of Color background to New Yorkers, so he just let the rumor mill do the talking about his being part black.

The Human Stain is about a professor, who is assumed to be Jewish or Lebanese, who gets in trouble on the job for accidentally violating the strictures of political correctness about blacks. (Roth never followed Saul Bellow from liberalism into neoconservatism, but he was an ardent old-fashioned liberal defender of freedom of expression at home and abroad. For example, he worked hard to publicize Eastern European dissident writers behind the Iron Curtain.)

But the professor himself is secretly a mixed race black passing as white.

Angry at Wikipedia, Roth wrote a long piece for The New Yorker about how his character was completely modeled upon a Jewish professor friend of his named Melvin Tumin. But as I wrote in 2012:

In a 2008 interview Roth had asserted that The Human Stain wasn’t based on anyone, that he “knew Anatole slightly, and I didn’t know he was black.” But now Roth admits that way back in 1958, after throwing a football around on the beach with Broyard:

Before I left the beach that day, someone told me that Broyard was rumored to be an “octoroon.”…It’s not impossible that I had to look it up in the dictionary later to be sure of its precise meaning.

In other words, Roth first heard that his cool new acquaintance may have been passing 42 years before he published The Human Stain. And when he heard that gossip, Roth may have been intrigued enough to look up “octoroon.”

But Professor Tumin’s son confirmed for me that his Eastern European Jewish father had sometimes been rumored to be part black due to his swarthy skin tone, so Tumin rather than Broyard was in the front of Roth’s mind when he was writing The Human Stain.

But in any case, Roth did a good job of figuring out the daunting human mechanics of passing from black to white (whether Jewish or gentile) in a scene I found helpful in understanding the new DNA data showing how rare passing has been: