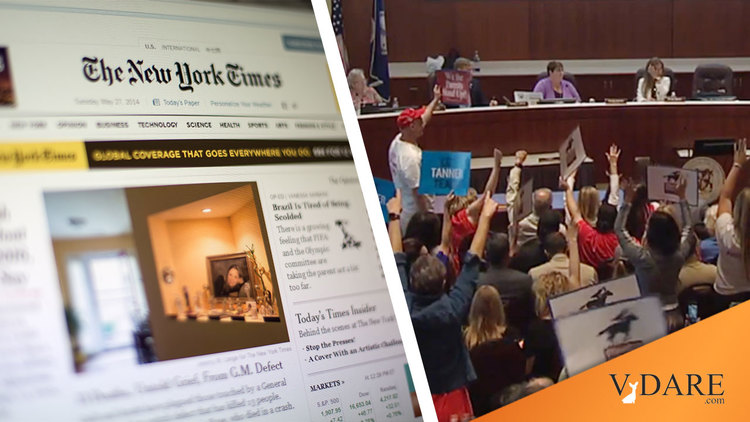 NYT Explains It All About Loudoun

How a School District Got Caught in Virginia’s Political Maelstrom

Loudoun County tried to address racism and promote diversity within its schools. Then it found itself on Fox News.

LEESBURG, Va. — Long before the father was tackled by sheriff’s deputies at the school board meeting, before there was shouting to reopen classrooms and before “parents matter” became the central slogan of the most closely watched campaign in the post-Trump era, Loudoun County was just another American suburbia taking a hard look at its schools.

The county, at the edge of the Virginia sprawl outside Washington, had grown much more diverse. White students were no longer in the majority, and educators were trying to be more aware of how racism could affect their students’ education.

The district hired a consulting firm to help train teachers about bias. It tried to hire more teachers of color. And a high school changed its mascot from the Raiders, named for a Confederate battalion, to the Captains.

But there were rumblings of resistance.

Some teachers disliked the trainings, which they found ham-handed and over the top.

And evangelical Christians objected to a proposal to give transgender students access to the restrooms of their choice — complaints that were magnified when a male student wearing a skirt was arrested in an assault in a girl’s bathroom.