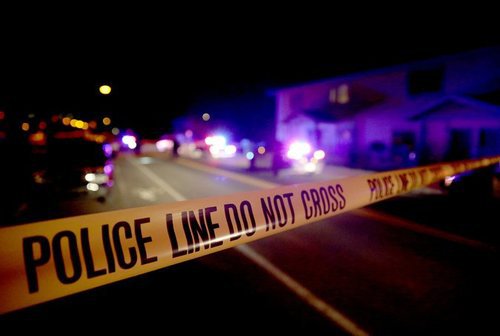 The headlines are alarming: Murder is up around the country, caused by anything from more guns to a heroin epidemic to the so-called “Ferguson Effect” — the disputed idea that police officers have become less aggressive out of fear that their actions will be recorded by civilians and criticized after the fact.

Or it could be that the celebration of Black Lives Matters encourages blacks to murder other blacks. We don’t really know what’s going on, so we shouldn’t yet rule out potential causes.

As with so many debates about crime in America, it helps to examine the actual numbers.

It is true that in many cities, murders in 2015 are on pace to surpass 2014 totals. In a new analysis of murder and crime rates in the country’s 30 largest cities, the Brennan Center for Justice projected that the average murder rate will be 11 percent higher this year than last. New York City, which had 333 murders in 2014, is predicted to have 357 murders by the end of 2015.

While that is troubling, it is not evidence that America has fallen back into a lawless pit of chaos and death. A more meaningful way of looking at data is comparing it with unmistakable longer-term trends: the rate of violent crime, including murder, has been going down for a quarter century, and is at its lowest in decades.

If the goal is to assess the responsibility of the Obama Administration, the national media, and Soros-style NGOs for their current influence, why is it more meaningful to look at last quarter century rather than to compare 2015 to pre-Ferguson 2014 as Carl Bialik did in FiveThirtyEight?

For the 60 biggest cities (he initially found data for only 59 of the 60 but added Anaheim later), he compared 2014 through the first week of August as his pre-Ferguson base to the same period in 2015 as his post-Ferguson treatment era.Bialik found a 16% increase in homicides in the 60 biggest cities.

In contrast, the Brennan Center report only examined 25 of the 30 biggest cities.

This long-term decline has been well reported, but increasingly, it is getting overlooked in the rush to identify a new crime wave.

What the NYT is doing here is as if George W. Bush had said, “Well, sure, a few thousand American soldiers have gotten killed since I started my war in Iraq, but if you compare that to the long term going back to say, December 7, 1941, the trend of Americans getting killed in combat is down. And that’s what really matters!”

As the Brennan Center analysis shows, overall violent crime — which includes not just murder, but robbery, larceny, assault and burglary — is projected to be 1.5 percent lower in 2015 than 2014. For understandable reasons, murders get the most attention, but they accounted for only 1.2 percent of all violent crime in 2014.

Homicides get counted pretty accurately because there is a dead body to be dealt with. It’s not clear that other crimes are counted precisely. Over time, victims tend to change their habits about whether it’s worth reporting crimes to the police:

Two lessons emerge from this data. One is that when crime rates are so low, even small changes can appear large. The other is that small sample sizes based on arbitrary time frames are nearly always nonrepresentative.

I did the math on the FiveThirtyEight data:

That’s not a small sample size.

It helps Bialik’s numbers that he has 60 cities rather than the Brennan report’s 25.

Actually, homicide rates don’t jump around all that much from year to year. The biggest one-year increase in national homicides over the last 30 years was 12% in 1990 at the peak of the spread of crack, so 2015 is shaping up to be comparably disastrous.

The report does, however, single out five cities — Baltimore, Detroit, Milwaukee, New Orleans, and St. Louis — where murder rates remain far higher than the national average and have reached levels not seen since the 1990s.

Note that three of the five cities with the biggest increase in homicides aren’t in the Brennan 25 cities.

In particular, the two cities with the biggest absolute increase in dead bodies — Baltimore and St. Louis — are the two cities where the Black Lives Matter Eye of Soros has focused with the most malevolent intensity.

The murder spikes in these cities do not represent a sprawling national epidemic of violence. Instead, they appear rooted in what the report calls “profound economic decline” and, as elsewhere, the violence in those places falls most heavily on communities of color.

In particular, the cities with the big increases in murders in the post-Ferguson era tend to be heavily black.

Misunderstanding crime rates — or worse, using them for political purposes — makes it hard to have an informed debate about which policies will be most likely to keep violence down.