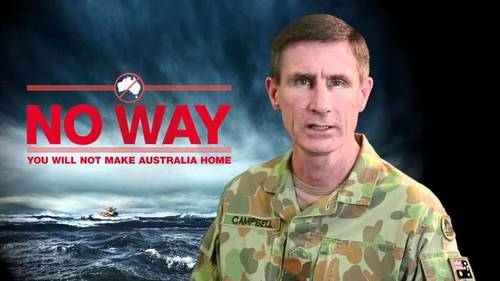 The New York Times editorial board is extremely upset that, unlike the feckless Euros, the elected government of Australia has implemented a successful policy that both deters illegal aliens from drowning and keeps them out of Australia:

Some European officials may be tempted to adopt the hard-line approach Australia has used to stem a similar tide of migrants. That would be unconscionable.

Prime Minister Tony Abbott has overseen a ruthlessly effective effort to stop boats packed with migrants, many of them refugees, from reaching Australia’s shores. His policies have been inhumane, of dubious legality and strikingly at odds with the country’s tradition of welcoming people fleeing persecution and war.

Since 2013, Australia has deployed its navy to turn back boats with migrants, including asylum seekers, before they could get close to its shores. Military personnel force vessels carrying people from Iraq, Afghanistan, Sudan, Eritrea and other conflict-roiled nations toward Indonesia, where most of the journeys begin.

A First World country without strong borders is an Attractive Nuisance. Not having effective policies to deter illegal aliens from attempting to swarm into your homeland is like owning a swimming pool in your yard in a crowded neighborhood without putting up a fence around it to deter small children who can’t swim yet from wandering into it and drowning.

Australia is now like a responsible homeowner who has taken appropriate steps to continue to Have Nice Things. 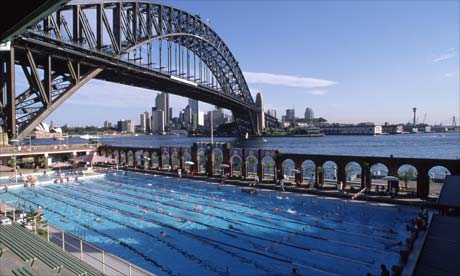 Australians can have Nice Things.

The EU, in contrast, is like an upscale housing development with leadership that is negligent both for reasons of organizational muddle (who, exactly, is in charge here?) and reasons of immature moral character.

If the Europeans don’t fix their borders, well, This Will Be Why We Can’t Have Nice Things like the Australians have. You can make up your own list of Nice Things Europe won’t be able to have anymore, but obvious candidates include generous social insurance, high wages, and feminist freedoms for women.