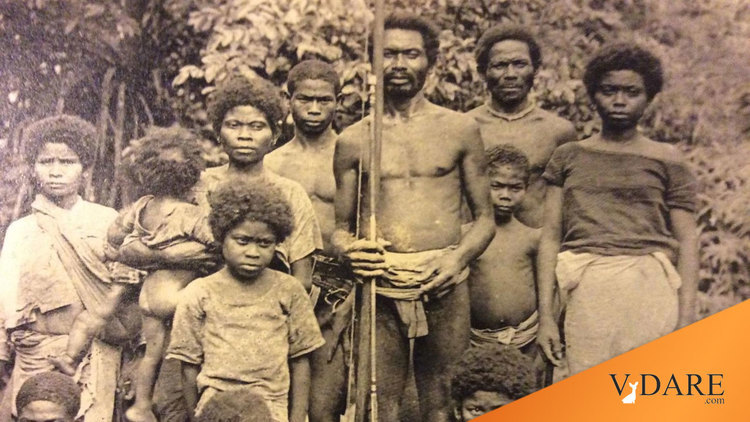 A travel article from the New York Times about a visit to Andaman Islands in the Indian Ocean.

This archipelago in the Indian Ocean offers pristine nature, Indian culture, a glimpse of fascinating communities and some of the most spectacular beaches in the world.

… If you explore the outer islands, and there are about 30 open to tourists, you might even see some members of the Jarawa, one of the most untouched cultures in the world. The Jarawa live deep in the forest, and though their communities are strictly protected — Indian law prohibits even photographing them — I once saw a hunting party as I was driving down a jungle road. They carried bows and arrows and freshly slaughtered wild boars slung across their backs. I stared at them. The Jarawas stared back at me. The moment lasted maybe two seconds. I’ll never forget it.

…Flying back to the mainland from Port Blair, after a week of bliss, we passed over one island that stood alone: North Sentinel. I’ve read a lot about this place. Down there live a small group of hunter and gatherers, maybe only 50 or 75 people, who have no contact with the outside world and survive off the jungle and the sea. The few people who have tried to step on their shore, including a young American missionary in 2018, have been killed.

Now this is truly a fiercely isolated place. But as I stared down at that drop of green surrounded by bright blue, I wondered: For how long? …

A great moment for a tourist: seeing one of the world’s last hunter-gatherer tribes on the hunt.

But here’s something that struck me about contemporary travel writing: evidently, you aren’t supposed to describe what indigenous people look like anymore. The original Andaman Islanders are very short, very black (but, interestingly, not African) pygmy negritos. That strikes me as an interesting fact about them that helps me picture the scene above better, but it appears to be considered inappropriate for 2022 travel writing.

I first noticed this trend about 15-20 years ago when there were a lot of articles on the turmoil involved with South Sudan seceding from Sudan. Very few of even the longest articles mentioned that South Sudanese tribes such as the Dinka and Nuer are among the tallest people in the world. That would seem to me to be a picturesque detail that adds interest to a foreign affairs article about an otherwise fairly random place, but, apparently, a lot of Americans these days feel uncomfortable about anything reminiscent of physical anthropology: Hiss! Boo! Calipers!