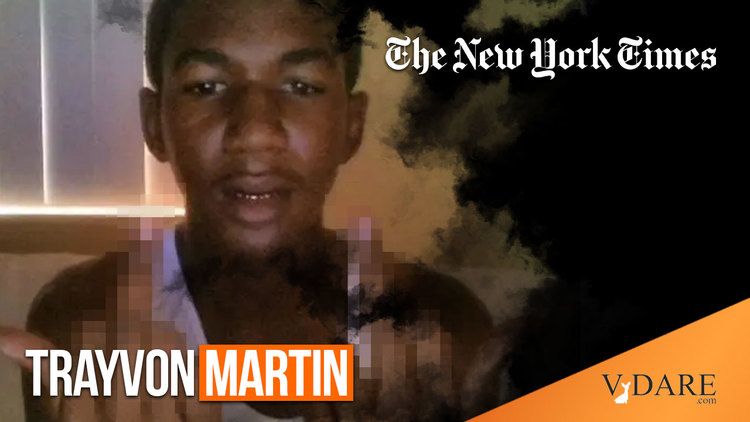 On February 26, the leftist Mainstream Media honored petty criminal and violent thug Trayvon Martin on the 10th anniversary of his brutal assault on George Zimmerman, during which Zimmerman shot Martin to death in self-defense.

VDARE readers need no recitation of the details.

In a piece for American Thinker, conservative contrarian Jack Cashill wrote about his trying to persuade the New York Times to correct some outright falsehoods it published [Squeezing a Trayvon ‘correction’ out of the New York Times, March 12, 2022]. 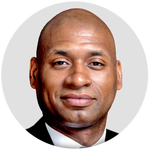 One of them came from Charles Blow [email him], right,  in an opinion video above his column [Trayvon Martin Is Still Making America Confront Its Original Sin, February 26, 2022].

“The contemporary civil rights movement unfolded directly in response to the murder of Trayvon Martin,” Blow said. Zimmerman did not “murder” Martin, as Blow knows, and at least in the column, he merely called Martin’s death a “killing.” Then again, he offered zero context about why the young criminal was killed. He was merely “walking through a gated townhouse community” when he and Zimmerman had the fatal “encounter.”

The Times’s video manipulated the audio from Zimmerman’s 911 call when he spotted the thug:

In the Times video, we hear George Zimmerman’s edited call to the dispatcher. What follows is the actual exchange:

SPD:  Okay, and this guy, is he White, Black, or Hispanic?

Here is how the Times edited this exchange:

GZ: Hey, we’ve had some break-ins in my neighborhood and there’s a real suspicious guy. This guy looks like he’s up to no good or he’s on drugs or something. He looks black.

SPD:  Are you following him?

The Times edited out Zimmerman's “okay,” all the better to preserve the fiction that GZ was stalking Trayvon. In fact, GZ stopped following Trayvon and looked for an address where he could meet the police who were on their way. …

Zimmerman was right about Trayvon. He was high, and he was up to no good. He had gone to the 7-11 not on some innocent mission, but to buy some “blunts” and the makings — Skittles, watermelon cooler — of a drug concoction called “purple lean.”

This unarmed "boy" was an aspiring mixed martial artist nearly a half a foot taller than Zimmerman. Yet, in violation of all journalism standards, the Times only showed pictures of Trayvon as a little boy.

Trayvon had four minutes to run 100 yards to the townhome where he was staying. Instead, he circled back to the spot where Zimmerman was waiting for the police and sucker punched him. The only eyewitness, Jonathan Good, told the jury that he saw a “black man in a black hoodie on top of either a white guy... or an Hispanic guy in a red sweater on the ground yelling out help.” According to Good, the black man on top was “throwing down blows on the guy MMA style.” Trayvon pounded Zimmerman’s head for more than 40 seconds. A 911 call picked up Zimmerman’s screams. Losing consciousness, Zimmerman finally pulled out his pistol and shot Trayvon in the chest. The evidence for this scenario was irrefutable.

Blow’s column and the video editors ignore all this, of course, as they did Martin’s criminal history.

Despite Cashill’s incontrovertible observation that the video created a completely false picture of what occurred, the Times corrected just one error: that the jury in Zimmerman’s murder trial was “all white.”

Amusingly, when Cashill wrote his first column about the matter, he wrongly attributed the whitewashing to the Washington Post. Maybe he was confused.

To conservatives, maybe all the members of the leftist MSM look alike.