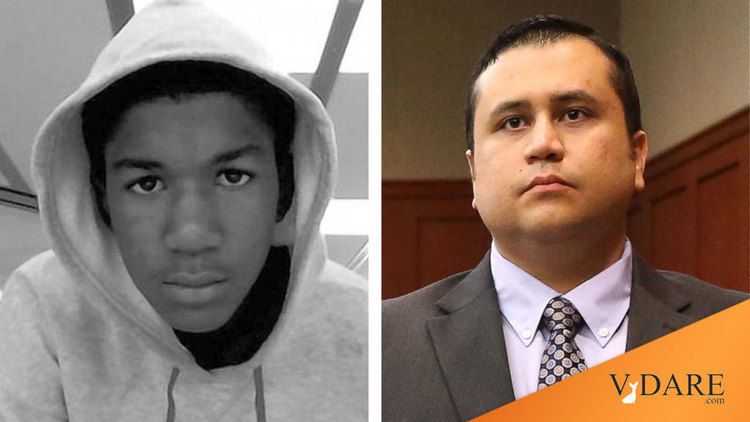 Scenes From The Acquittal Of George Zimmerman 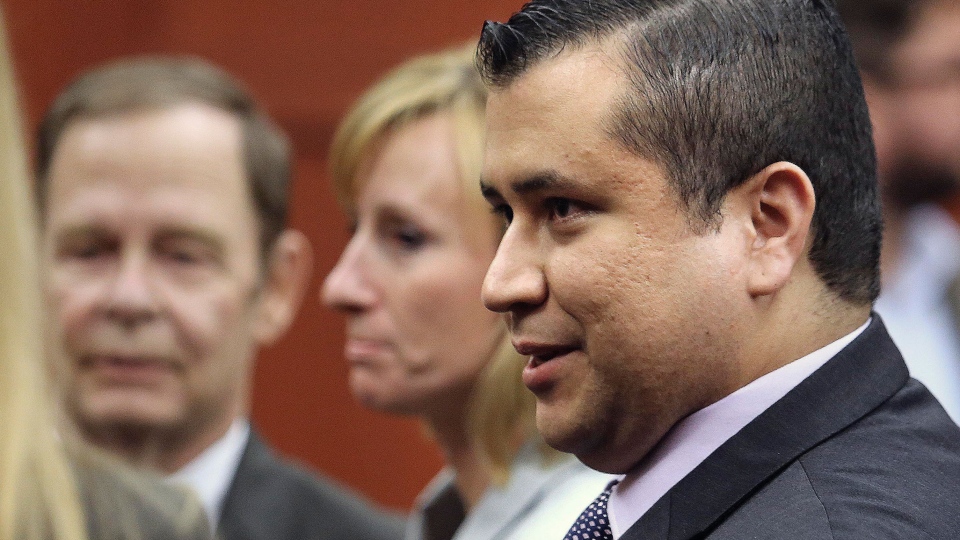 At about 9:58 p.m., the jury in the George Zimmerman murder trial acquitted him of Murder 2, and all possible other counts (manslaughter). They didn’t specifically refer to Man, but simply said, “We the jury, find George Zimmerman not guilty.”

Hundreds, if not thousands of racists had assembled outside the courthouse, including many neglectful others with small children, including toddlers. Reporters said that (black) mothers dressed their little boys up like Trayvon Martin and put cans of iced teas in their hands, and told reporters that they were there to show their children how the justice system works. Some racists called for black riots, chanting “No justice, no peace!” The chants were led by the murder cult the Nation of Islam’s New Black Panther Party division, supported by attractive young white girls.

The cameras from CNN/HLN focused for a while on a fat white woman with three very young, light-brown-skinned children, one sleeping on her lap, one leaning sleepily against her side, and a third next to him.

Those mothers are not only guilty of child neglect for keeping their toddlers and babies out so late, but for putting them in mortal danger, as they went there fully knowing that there was a strong chance that a black riot would break out, no matter what the jury’s verdict was.

This used to be called child neglect, but we live in an era in which one routinely sees black and Hispanic mothers riding the subway home in New York City with very young children at 1, 2, and even 3 a.m.

Special Persecutor Angela Corey opened her still-in-progress post-verdict press conference by lying, and saying that 15 months ago, she had said that she would seek justice for Trayvon Martin and due process for George Zimmerman. She lied. I heard her speak at the time, and she said she was seeking justice for Trayvon Martin; at the time, she said nothing about respecting George Zimmerman’s due process rights.

“I think the prosecution of George Zimmerman was disgraceful. I’m grateful that this jury kept the tragedy of Trayvon Martin from becoming a travesty.

“I’m very sad that it took this long” [to get justice].

“Unlike Ms. Corey said, they brought the facts—they didn’t.”

Mark O’Mara said there will be sanctions against the state, including for the recouping of costs to the defense. And if any lawsuits arise against Zimmerman, the defense team will seek and get legal immunity from them.

What no one said following the verdict is that George Zimmerman and his family must now flee the country!