NYT Catches On, Finally ... Sort of: "A Mass Migration Crisis, and It May Yet Get Worse"

A Mass Migration Crisis, and It May Yet Get Worse

… The most striking thing about the current migration crisis, however, is how much bigger it could still get.

What if Islamic State militants are not beaten back but continue to extend their brutal writ across Iraq and Syria? What if the Taliban continue to increase their territorial gains in Afghanistan, prompting even more people to flee? A quarter of Afghans told a Gallup Poll that they want to leave, and more than 100,000 are expected to try to flee to Europe this year. …

While Yemenis have yet to abandon their homeland in substantial numbers, their plight is worsening daily amid wartime shortages of food and medicine and persistent bombardment by Saudi warplanes. Yemen is not much farther away from Europe than Eritrea, now the biggest source of African refugees, just across the Red Sea, and at some 25 million it is as populous as Afghanistan.

Nor is it only the Middle East and North Africa that European leaders need to consider. The Gallup Poll, based on data compiled from more than 450,000 interviews in 151 nations from 2009 to 2011, found that in Nigeria, which already has double the population of Germany, 40 percent of people would emigrate to the West if they could. And the lesson of 2015 — for them and much of the world — is that they can.

They can … as long as nobody stops them. 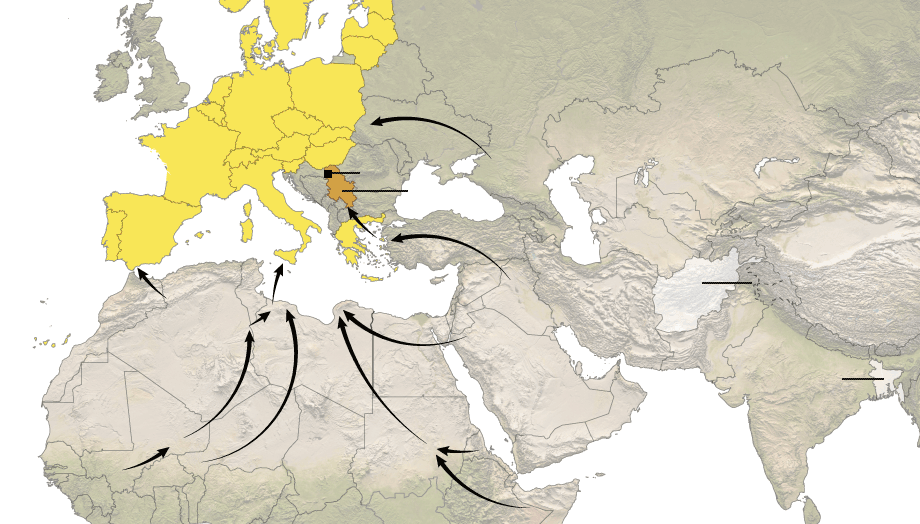 “Schengen Area countries do not require passports or controls between their common borders.”

Ms. Merkel’s plan to stop them is to get President Erdogan of Turkey’s help, in return for extending the Schengen Zone deep into Asia.