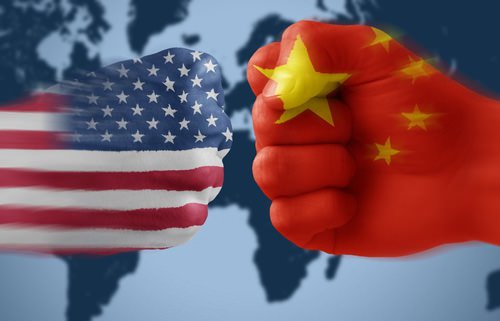 Are China And The U.S.A. Long-Term Enemies?

After taping this weekend's Radio Derb, with its segments about U.S.-China tensions and geostrategy, I was browsing through my blog roll when I came across this at Steve Hsu's site.

It's one of the "Intelligence Squared" debates—a real debate, not one of these—on the motion:  "China and the U.S. Are Long-Term Enemies."

The whole thing is over an hour and a half long, but well worth the time if you're interested in the topic.

On the realist side, arguing that big nations will always seek supremacy and the U.S.A. will (and should) always act to prevent the rise of peer competitors, are Peter Brookes and John Mearsheimer.  For the other side, arguing that a Metternichian (and Derbyshirean) balance of power is possible and should be sought, are Robert Daly and Kevin Rudd.

The Metternichians won on a TKO by the usual method of debate scoring, but Brookes and Mearsheimer made some powerful arguments that, I must admit, gave me pause.

Mearsheimer was particularly effective with both sabre and foil.  This, for example, at 1h30m34s into the show.

They [i.e. Daly and Rudd] have a theory, and it revolves around agency, or diplomacy.  They believe that the competition can be managed; and that's very different from the way I think about the issue.

I still prefer the Metternichian solution, but are our politicians smart enough to get us to it?  Hmmm.