After the nation’s first black president, we now have a white president with the whitest and malest cabinet since Ronald Reagan’s. His administration immediately made it a priority to deport undocumented immigrants and to deny people from certain Muslim-majority nations entry into the United States, decisions that caused tremendous blowback.

What President Trump doesn’t seem to have considered is that diversity doesn’t just sound nice, it has tangible value. Social scientists find that homogeneous groups like his cabinet can be less creative and insightful than diverse ones. They are more prone to groupthink and less likely to question faulty assumptions. 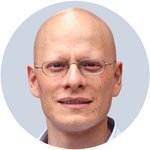 What’s true of groups is also true for individuals. A small but growing body of research suggests that multiracial people are more open-minded and creative. Here, it’s worth remembering that Barack Obama, son of a Kenyan father and a white Kansan mother, wasn’t only the nation’s first black president, he was also its first biracial president. His multitudinous self was, I like to think, part of what made him great — part of what inspired him when he proclaimed that there wasn’t a red or blue America, but a United States of America.

As a multiethnic person myself — the son of a Jewish dad of Eastern European descent and a Puerto Rican mom — I can attest that being mixed makes it harder to fall back on the tribal identities that have guided so much of human history, and that are now resurgent. Your background pushes you to construct a worldview that transcends the tribal.

Granted, Moises Velasquez-Manoff [Email him] looks like the Kommandant in a Nazi POW camp movie, but the point is that he deserves his affirmative action diversity Pokemon Points.