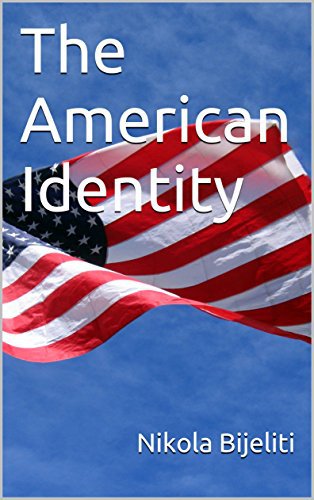 Nikola Bijeliti's debut novel, The American Identity, tells the story of the founding of a white separatist American state. “The adventures of racialist or conservative secessionists” is probably the most common trope in nationalist literature.

I generally don't like novels set in the future, so I don't usually pay this genre much attention. However, Bijeliti is the first author (that I know of) to credit my novel The Birth Of Prudence as his stylistic inspiration. And that's a pretty good way to get my attention.

Here are my thoughts on The American Identity.

The bad: The fundamental flaw with the book, as I see it, is that everything happens so fast and there is never any pause to explain. In the novel's world, the Amish—under pagan leadership—have formed their own breakaway country, southern Brazil has entered a union with Uruguay, and Canada has become a white nationalist state; and Bijeliti presents this narrative like a straight new report, as if it were the most natural thing in the world.

I think I'm pretty right-wing guy, but this book made even me flinch a few times. It's not that Bijeliti says anything terribly incendiary (aside from maybe one or two examples), it's just that he's so blunt. And the reason he's so blunt is that he's moving so fast he doesn't have time not to be blunt.

So in closing, I'll be blunt. What do you want in a novel? Do you like your fiction to have a little more finesse? Then maybe this one isn't for you. If, on the other hand, an elegant plot outline is enough for you, then you might enjoy it.