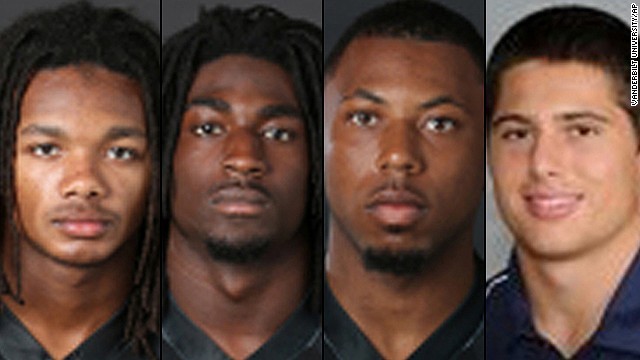 NYT Baffled by Lack of Attention to Vanderbilt Gang Rape; Perhaps Photos of the Accused Would Explain?

The New York Times says it’s baffled why nobody got worked up over the gang rape on the Vanderbilt campus. The article doesn’t mention “Virginia,” much less “Haven Monahan,” but of course that’s the background.

Hey, Virginia, Vanderbilt, they are all racist Southern colleges that begin with V. How can you blame the NYT for getting all worked up over Haven Monahan’s gang raping at Virginia when it actually happened at Vanderbilt?

Is Villanova in the South? No? Valparaiso? VMI? Bingo.

NASHVILLE — The crime was horrific and the verdict stunningly swift. Two former Vanderbilt University football players are facing the possibility of decades in prison after it took a jury less than four hours to convict them for their roles in a 2013 sexual assault of an unconscious woman. Two more former football players await trial.

At a time of widespread alarm and almost daily news reports about sexual assaults on college campuses, it is hard to imagine a case more likely than this one, captured on video by the assailants, to mobilize a campus. As if to underscore how pervasive the concerns have become nationally, representatives from 76 Tennessee colleges and universities were holding a conference on the subject here, not far from the courthouse where Tuesday’s verdict played out.

But transformative moments are hard to come by when a community’s population turns over every four years and its members have a deep investment in its reputation. So interviews Tuesday and Wednesday at Vanderbilt brought out horror at what had happened and a distinct distance from it. Until the trial began more than two weeks ago, the episode seemed to elicit little sense of urgency — in fact, the student newspaper, The Vanderbilt Hustler, found that many students were not even aware of it.

There wasn’t even a window-breaking pogrom like at Virginia? What’s wrong with today’s youth?

Over the past two weeks, lurid testimony about the gang rape, and the revelation that several people knew of the assault but failed to report it, drew attention throughout Nashville . Still, many students, more than a quarter of them not on campus when the rape occurred, find it hard to square what happened with their views of this elite university as an oasis from a harder world. In interviews, reactions mostly clustered around two poles: This is not the sort of place where such things happen, or they happen everywhere — and either way, no one should point a finger at Vanderbilt .

The NYT chose to run a picture of just one of the four accused assailants. Here it is: 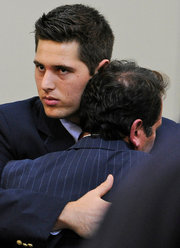 You know, he looks kind of like Haven Monahan .

(Similarly, in 2012-2013, the New York Times ran four articles about a rape allegation against a college quarterback … of a Division II school in Montana.)

Back on December 4, however, I posted pictures of the four accused Vanderbilt football player gang rapists to help explain why this and two other college gang rape allegations weren’t getting as much publicity as UVA : 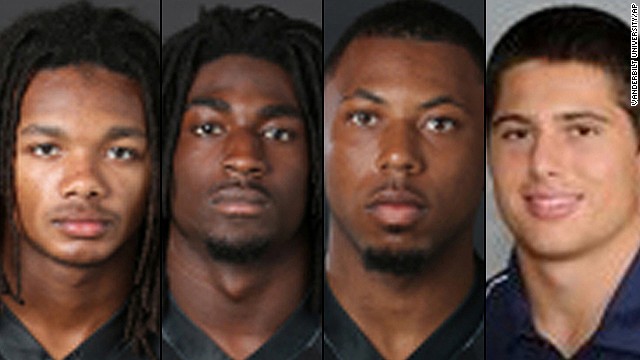