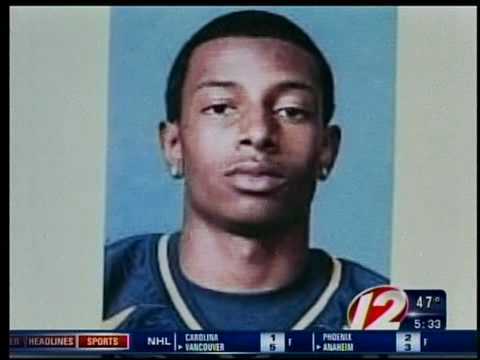 The headline and photo at Huffington Post said it all. Another dead young black man. Another case of police brutality. Except that it wasn't. "Danroy Henry Dead: Pace University Student Fatally Shot By Police" ran the HuffPost headline over the photo of the gridder. The headline at the Boston Globe wasn't much better: "College Student From Massachusetts shot, killed by police in New York." The intro link has just one problem. It's misleading. Here's the rest of the story as it appeared in the Boston Globe, not that it would matter to the modern leftist, who undoubtedly believes it was all a "misunderstanding:"

Police from Mount Pleasant said in a statement that one of their officers approached Henry's vehicle, which was parked in a fire lane, and Henry sped away when the officer knocked on the driver's window. Then a police officer from Pleasantville, another section of Mount Pleasant, then tried to stop the car, according to police. But the driver, identified by Pace as Henry, kept accelerating and struck the officer who landed on the hood of the vehicle. A second Mount Pleasant officer tried to grab the Pleasantville officer from the hood, police said, but that officer was also struck by the car. The Pleasantville officer, still clinging to the hood, then fired at Henry, the statement said. The car headed towards another Mount Pleasant officer, who fired at the vehicle, police said, and the car came to a stop after striking a Mount Pleasant cruiser. Authorities did not identify by name which police officers fired the shots.

Instead of focusing on Henry the out-of-control football player, The Globe led with the uncle saying Henry was a "wonderful kid." The newspaper quoted his aunt: "A great kid was murdered." Farther down in the story, the newspaper quoted the principal at Henry's high school, who offered this encomium: "He had a great personality, a warm smile, and as his [football] coach said when we were talking earlier today, a very generous heart." Two of Henry's teammates were in the car with him.

The father of one player told The New York Daily News, "There was no reason to fire shots." That newspaper's headline ran thusly: "Cops fatally shoot Pace University football player Danroy Henry during fight outside Westchester bar." Aside from being poorly written headline, it too misrepresents the story.How about this one: "Cops kill college football star in self defense." Or this: "Would-be cop killer fatally shot." The media won't play it that way because the suspect is black. Thus, they emphasize instead that he is a college football player. He was a "great" and "wonderful" kid. So the killing ,as the Daily News reported, was "senseless." Again, it must have been a "misunderstanding." Not for the cop he tried to kill.