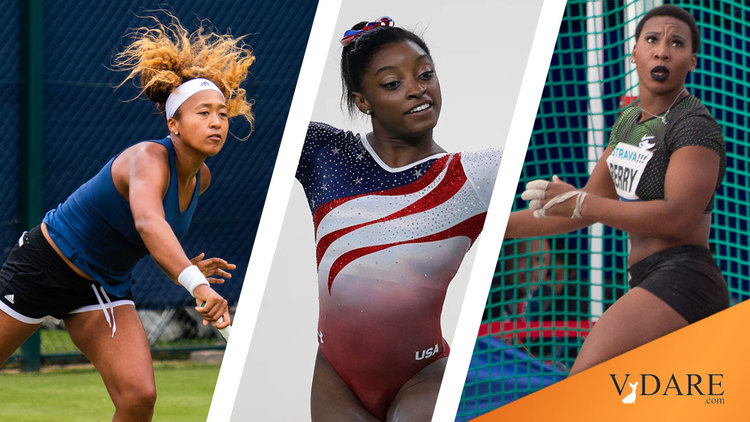 Not An Op-Ed: "The Olympics Rely On, But Don’t Support, Black Girl Magic"

The Olympics Rely On, but Don’t Support, Black Girl Magic

Naomi Osaka, Simone Biles and Gwen Berry are among the Black women athletes who will be counted on to provide standout performances in Tokyo even as they fight to be respected.

Kurt Streeter writes the Sports of The Times column. He has been a sports feature writer at The Times since 2017 and previously worked at ESPN and The Los Angeles Times.

For better or worse, the Tokyo Olympics are finally here. And that means an extraordinary burden will fall again on the shoulders of a single group of athletes: Black women.

… The structure that wraps around and organizes sports, particularly the Olympic movement, fails in supporting women — distinctly so for Black women.

Biles, Osaka and Berry are not alone.

Who will watch the women’s 800-meter race without thinking of Caster Semenya, who dominated while winning gold in that event at the 2012 and 2016 Olympics? She won’t defend those titles in Tokyo because track officials have decreed that her body produces too much testosterone.

Phelps is white and American. He has clout in every way.

Semenya is a Black woman from South Africa. She is treated with a lack of respect and a disregard for her humanity.

She is hardly the only Black or brown woman discriminated against by a system whose lodestar is the Eurocentric, Swiss-based International Olympic Committee.

The I.O.C. swaddles the Games in gauzy myth and claims to be politically neutral and divorced from the brutal truths of the world. But that’s a lie. The Games mirror society. The heavy burden Black women carry in all walks of life will be carried by Black female athletes competing in Tokyo. …

The phrase Black Girl Magic gets bandied about a great deal during the Olympics.