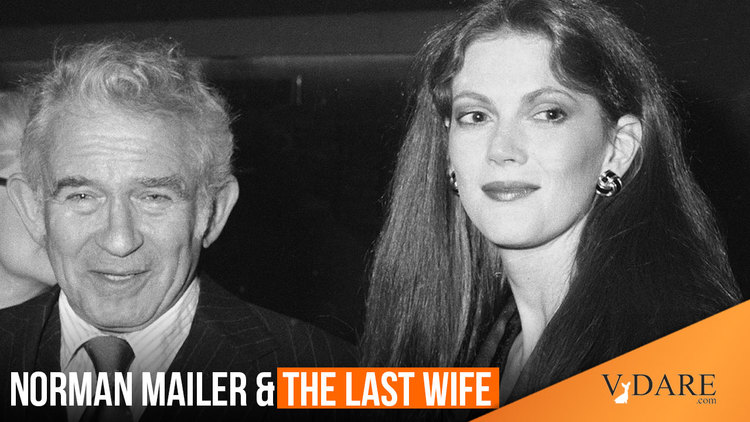 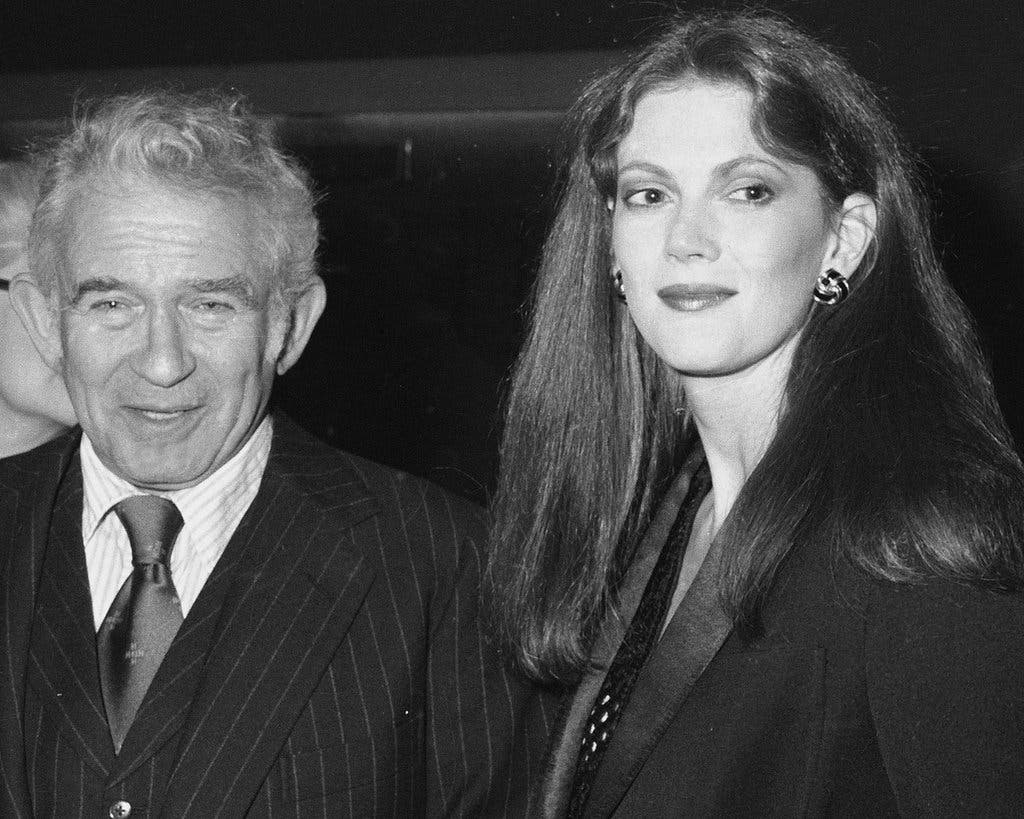 he late Norman Mailer is back in discussion because, apparently, he got cancelled by a junior staffer at a publishing house who spiked an anthology of his ancient essays to commemorate the centennial of his birth because he/she/it objected to the title of Mailer’s infamous 1957 essay “The White Negro” about how cool guys, like Norman, were totally into black culture as undermining white bread life.

Mailer was a superb prose stylist but also hilariously incompetent at life. Eventually, you had to become sympathetic to his bumptious procession through the world. Here’s a 2002 article by Mailer in The American Conservative entitled “I Am Not For World Empire.”

What kind of wacko extremist would not be in favor of a world empire?

The New York Times news section, however, is quick to assure its subscribers, some of whom were Mailer fans in the distant past, that the anthology wasn’t cancelled:

Was Norman Mailer Canceled? His Publishers Say No.

The independent press Skyhorse acquired a new book by the late writer after Random House, his longtime publisher, declined to make an offer.

Last year, in the wake of growing partisan division in America and the Jan. 6 riots, friends and strangers kept asking John Buffalo Mailer what his father, who died in 2007, would make of this moment.

He realized there was already an answer in some of the essays and other writing by his father, Norman Mailer, including stark warnings about the fragility of democracy and the threat of political violence.

Mailer, who stabbed one of his many wives, was a huge fan of politics and violence.

He spoke to J. Michael Lennon, who wrote a biography of Norman Mailer, and together they began planning a collection of Mailer’s work on the subject.

That collection, which includes previously unpublished writing from Mailer’s archives and excerpts from letters, manuscripts and interviews, has been acquired by Skyhorse, after Mailer’s longtime publisher, Random House, declined to make an offer on the submission.

“He had a fantastic relationship with Penguin Random House,” John Buffalo Mailer said. “We would have liked to have done this book with them.”

Publishers that have longstanding relationships with authors often get a first look at their book proposals and manuscripts and are given the opportunity to make a pre-emptive bid, though it isn’t unusual for authors and agents to take their work elsewhere if the offer doesn’t materialize or meet their expectations.

The fate of Mailer’s collection, however, generated a heated debate on social media this week, after the journalist Michael Wolff reported in the newsletter The Ankler that Random House had canceled its planned publication of the title because it determined that Mailer — who was famously brash, physically violent, misogynistic and pugnacious in attacking those who disagreed with him — had become too controversial. Citing a Random House source, Mr. Wolff wrote that the publisher was also swayed by “a junior staffer’s objection to the title of Mailer’s 1957 essay, ‘The White Negro.’”

The Mailer estate was surprised by Mr. Wolff’s claims. “The reasons that were in that piece were news to me,” John Buffalo Mailer said.

Though he was disappointed by Random House’s decision, Mr. Mailer said he doesn’t blame the company for passing on a single title and noted that it continues to publish the bulk of his father’s work.

“Why did Random House pass on this book? I think it was because this is the first commercial book of Norman’s that’s going to come out in the era we’re living in, and there’s going to be a lot of questions,” he said. “They didn’t feel they were the right house to do this book right now.” …

Skyhorse, an independent press, has become something of a last refuge for authors. In recent years, it has scooped up titles that were abandoned by other houses, including a memoir by Woody Allen, which Hachette dropped after its own workers protested, and a biography of Philip Roth, which W.W. Norton pulled from circulation after its author, Blake Bailey, was accused of sexual assault and misconduct.

Norman Mailer, Woody Allen, and Philip Roth (whose cancelled biography I reviewed here) are being cancelled.

At this point, venerable novelist Joyce Carol Oates weighed in and introduced a new but extremely useful concept:

"bad husband" to whom? like many oft-married men Norman Mailer wound up finally with a much younger, adoring, & altogether quite wonderful wife (Norris Church) whom everyone liked. womanizers all eventually wear out, it just takes time & if you're lucky, you are the last wife. https://t.co/uDcDsx9tfs

Ladies, do you have what it takes to be The Last Wife? 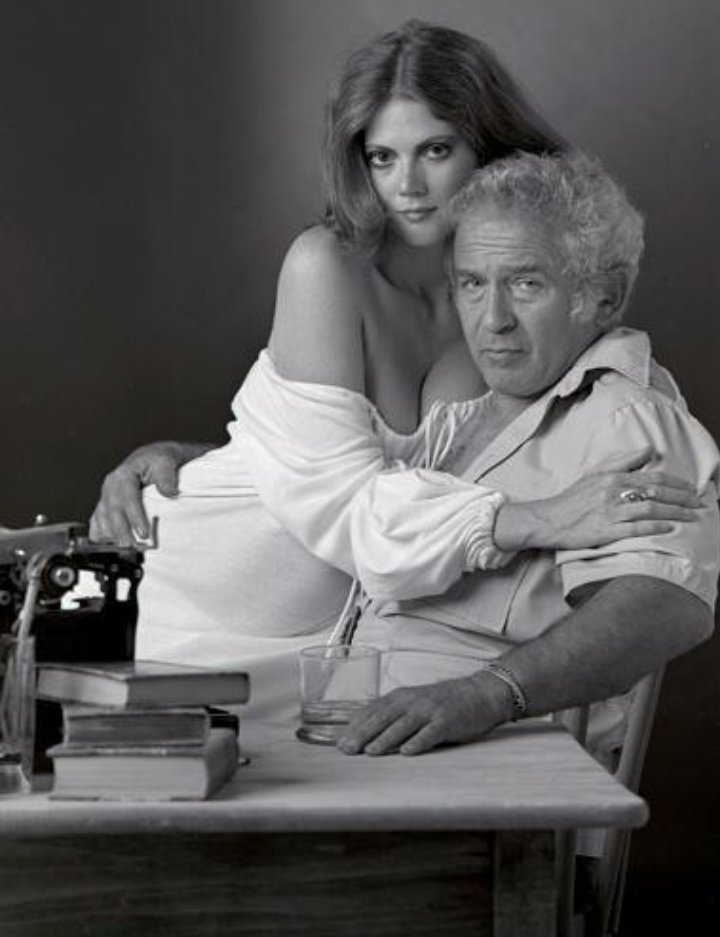 Of course, you do.

Some data scientist should study how to predict if you’ll be The Last Wife.

I must confess that I haven’t read any of Oates’ 58 books.

On the other hand, I have read Oates’ 1979 review of one of my favorite novels, John Updike’s now forgotten 1978 bestseller about Africa, The Coup, and it’s vastly more insightful than I could have done.