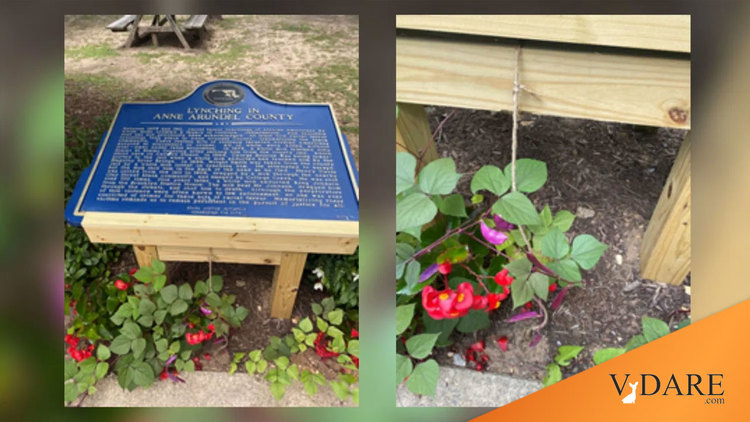 Noose News: A Piece Of TWINE On A Maryland Plaque Was Investigated By Police

SEVERNA PARK, Md. (WJZ) — A piece of twine that appears to be in the shape of a noose was found hanging on a Maryland lynching memorial marker Sunday morning, Anne Arundel County Police said.

Police said someone reported the vandalism at the “Lynching in Anne Arundel County” historical marker around 11 a.m. Sunday. The memorial was relocated to the Severna Park Library this summer.

Police have opened a racially motivated vandalism investigation for the incident. Anyone with information is asked to call 410-222-6145 or the TipLine at 410-222-4700.

And from CBS News in Baltimore on September 8th:

SEVERNA PARK, Md. (WJZ) — A piece of twine on the “Lynching In Anne Arundel County” historical marker that police were investigating as a noose was in fact part of the plaque when the monument was installed, the Anne Arundel County Police Department said Wednesday.

On Sunday, police announced investigators were looking into the twine as an act of vandalism at the marker, which was relocated to the Severna Park Library this summer.

In an update Wednesday, police said the twine was “in place the day marker was dedicated and was apparently being used to hold a floral arrangement in place.”