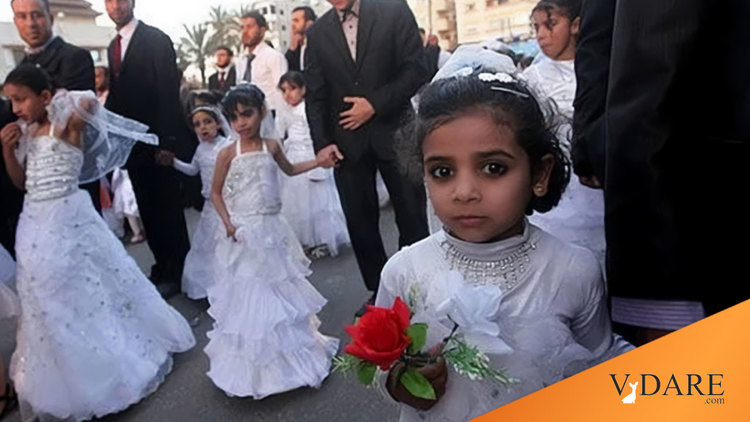 A few days ago I told you about honor killings happening in America as we continue to "welcome" Islam to our shores.

BTW, did you see the news just yesterday that 39% of the French people believe that Islam will be the dominant religion in that country in a few short years? The great replacement in France is a few years ahead of us.https://t.co/fTsmN8ZXHH 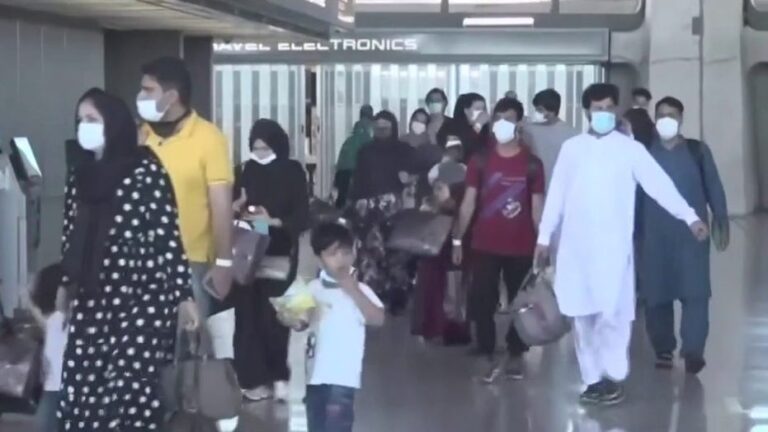 Afghan evacuees arrive in Wisconsin where “robust” medical screening found a case of measles along with little girls married to old men.

And, surely you have been hearing this sickening news about Afghan older men bringing child brides as they hopped a Biden jet to America.

This is sick and so is the idea that these men were just helping some children get out of the Afghanistan hellhole, but not a word about this disgusting practice being part of the Islamic "faith."

And where are all the women’s rights groups who should be screaming from the rooftops.  Nowhere to be seen because they are a bunch of chickens fearing being labeled Islamophobes?

DHS monitoring for cases of ‘child brides’ among Afghan refugees

With U.S. officials seeing “many incidents” of older Afghan men fleeing the country with apparently underage wives, U.S. Customs and Border Protection is now looking into ways to spot potential cases of human trafficking among the refugees [very few are legitimate refugees—ed.], according to an internal government document obtained by Yahoo News.

Reports of “child brides” among Afghan refugees were first reported last week by AP and other news outlets, including cases of girls saying they had been raped or sexually abused by older men. State Department officials were seeking “urgent guidance” from other government agencies on how to deal with the issue, AP reported.

It now appears that those other agencies, particularly CBP, are investigating those reports.

“U.S. officials at intake centers in the United Arab Emirates and in Wisconsin have found many incidents in which Afghan girls have been presented to authorities as the wives of much older men,” says a Sept. 5 report by the Office of Intelligence and Analysis in CBP’s parent agency, the Department of Homeland Security.

The report goes on to note that “forced or coerced ‘marriages’ are indicative of the level of desperation Afghan families are willing to consider helping loved ones escape the Taliban and qualify for evacuation to Western countries,” and says the agency would be monitoring for ways to help other agencies spot such potential cases.

The report, marked for official use only, was obtained exclusively by Yahoo News.

A U.S. government official familiar with the reports of alleged child brides said the problem is a result of poor vetting of Afghans.

“The concern is, we’re seeing a lot of family units with very young girls. These girls are brought into the U.S. as wives,” the official said. “It’s not a small number.”

They are just trying to save the children, right!

The reports of child brides, which CBP believes could be the result of desperate families trying to find ways to get their children out of the country, appears to be one symptom of the chaotic evacuation.

It’s unclear precisely how many alleged cases of sexual abuse or human trafficking have been reported, and the White House and DHS both declined to address specific incidents.

In Afghanistan, the legal age for women to marry under the previous Western-backed government was 16, though marriages for girls under that limit were a frequent occurrence, particularly in rural areas.

“So what do we do? Are these legitimate marriages? In our eyes, no,” said the official familiar with the reports. “Is there nefarious intent? Are these girls being rescued, or are they brought here for more nefarious purposes? We are just not sure. These are the concerns.”

I’ve been writing more regularly again at RRW, check it out!