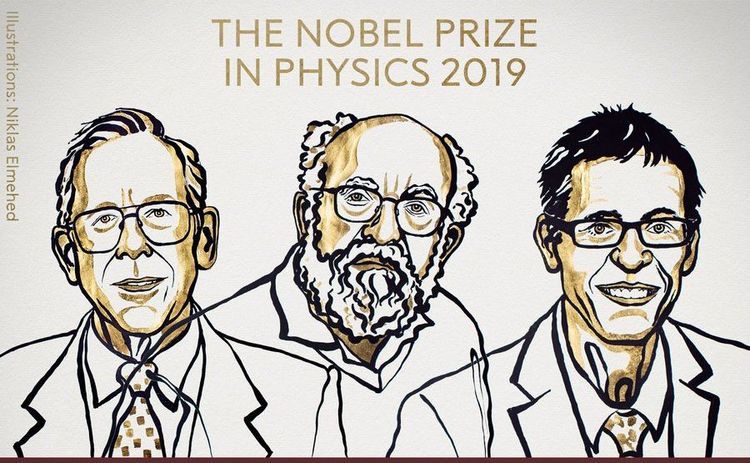 BREAKING NEWS:
The 2019 #NobelPrize in Physics has been awarded with one half to James Peebles “for theoretical discoveries in physical cosmology” and the other half jointly to Michel Mayor and Didier Queloz “for the discovery of an exoplanet orbiting a solar-type star.” pic.twitter.com/BwwMTwtRFv

Peebles is from Winnipeg. He’s the Albert Einstein Professor of Science at Princeton, which sounds like a really good job to have. I imagine getting it is rather competitive. You probably have to, you know, know a lot about physics.

In the industry, it’s perhaps not quite as prestigious as the Lucasian Chair of Mathematics at Cambridge U., which has been held by Newton, Babbage, Dirac, and Hawking. But your mom would probably find it simpler and more fun to explain to her bridge friends that you are the Albert Einstein Professor of Science at Princeton than that you are the Lucasian Professor of Mathematics.

Swiss scientists Mayor and Queloz were the first to discover an exoplanet around another star back in the 1990s. Eventually we’ll figure out the best planets to colonize in our galactic neighborhood. Then we will have to figure out how to get there.

It won’t be easy.